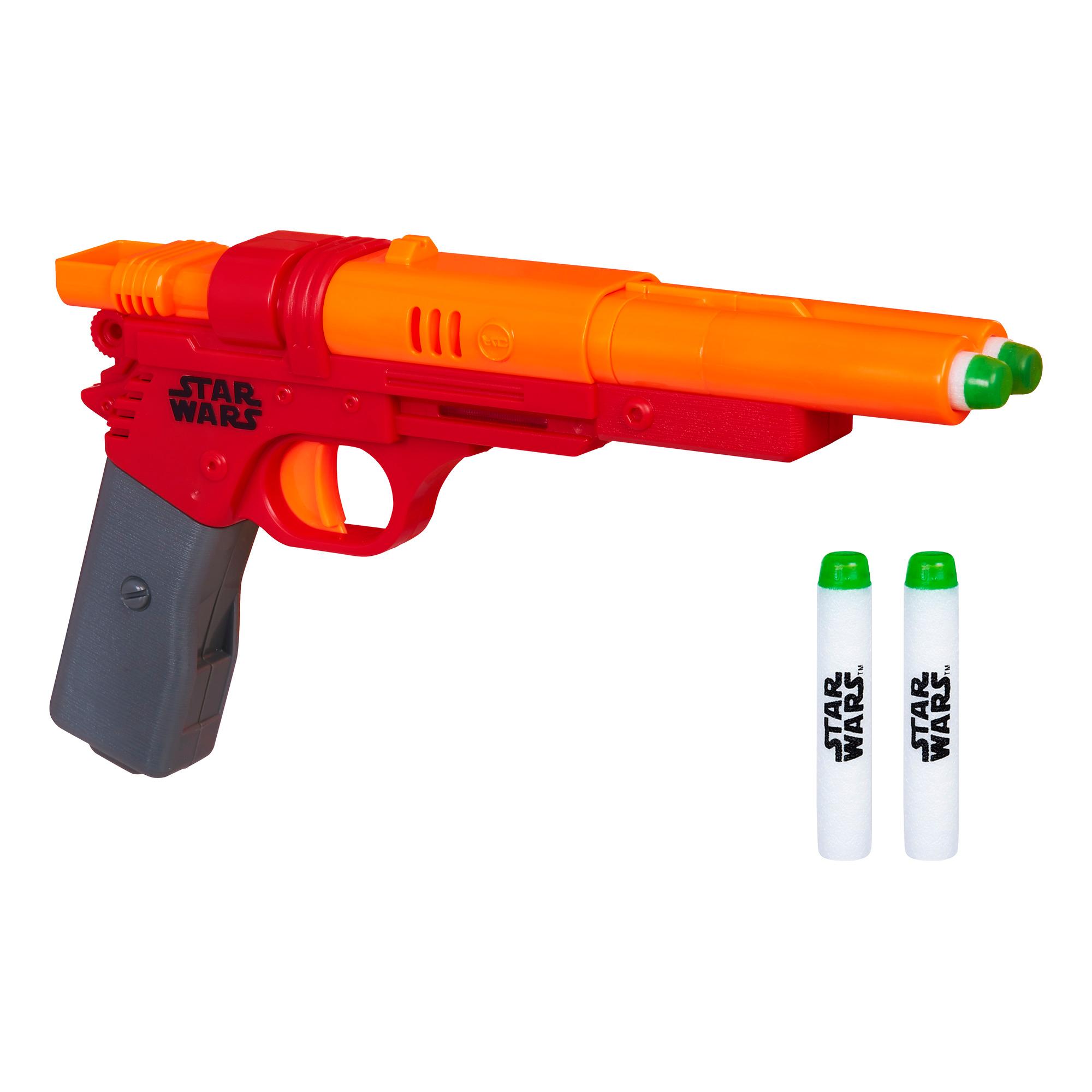 Qi'Ra has put her life as a powerless street urchin behind her, and has managed to move up in status and reputation within a prominent criminal organization. Kids can imagine taking on targets like QiRa as they fire glow-in-the-dark darts from the Star Wars Nerf QiRa blaster! The blaster features GlowStrike technology, which charges the darts to make them glow when fired, and it also features laser blast sound effects to add to the action. The blaster fires 2 darts in a row up to 75 feet (22 meters) to defense against the competition. Load 2 darts, then pull the slide back to activate the GlowStrike technology and prime the blaster. Blast 1 dart, prime again, and unleash the second dart to take control of the battle. Includes 4 GlowtStrike darts. Challenge opponents with glow-in-the-dark darts from the Star Wars Nerf QiRa blaster!

" Ages 8 and up
" CAUTION: Do not aim at eyes or face. TO AVOID INJURY: Use only darts designed for this product. Do not modify darts or dart blaster.
" WARNING: CHOKING HAZARD - Small parts may be generated. Not for children under 3 years.
" Requires 1 AA alkaline battery. Demo battery included.