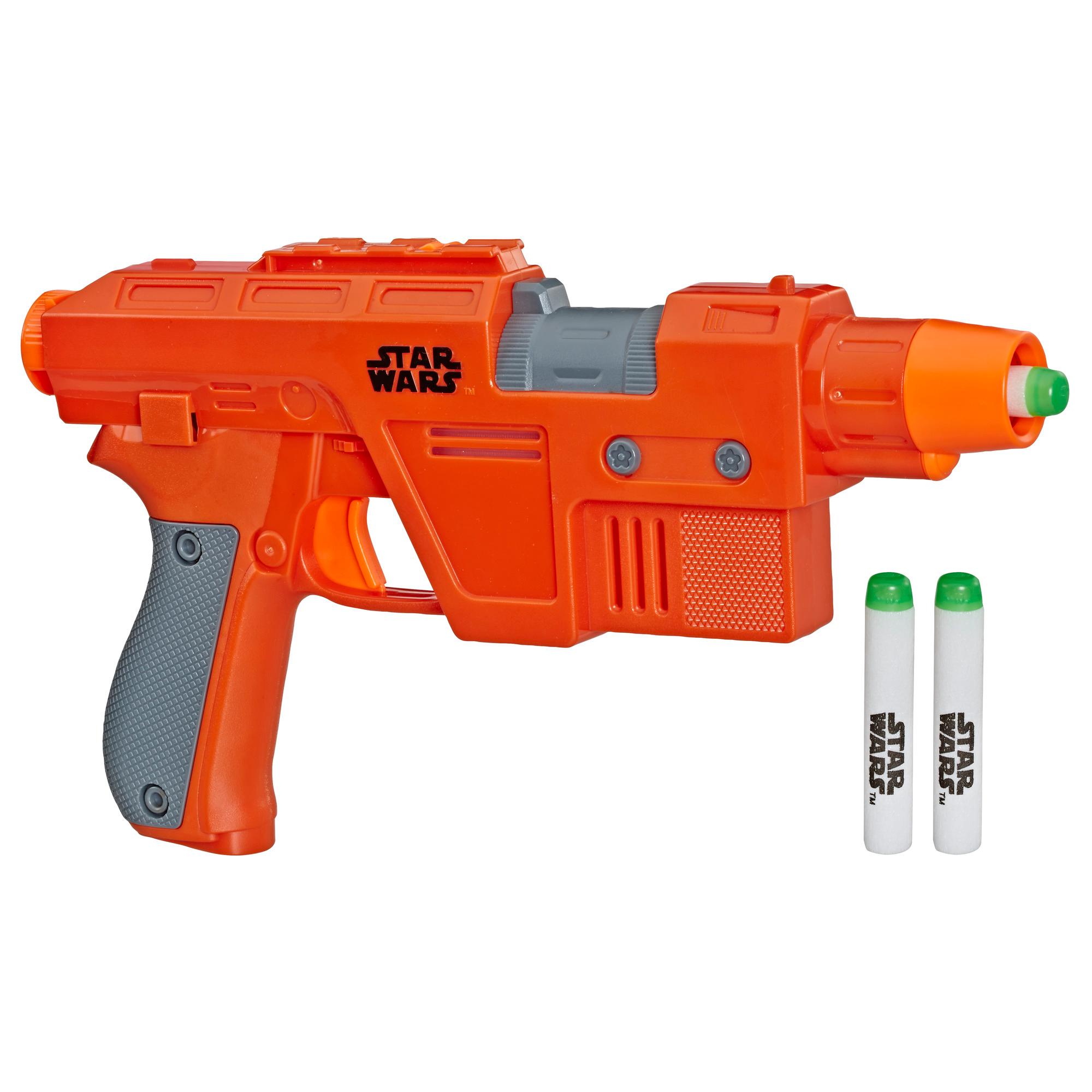 A commander in the Resistance’s starfighter corps, Poe Dameron is one of Leia Organa’s most-trusted operatives. A decorated X-wing pilot, he can fly anything – which is fortunate given how often his headstrong nature leads him into trouble. Imagine battling the First Order like Poe Dameron with this Star Wars Nerf blaster that fires glow-in-the-dark darts! The Poe Dameron Blaster features GlowStrike technology that charges the darts to make them glow when fired. Load one dart into the front of this single-fire, trigger-activated blaster, pull the handle back to prime it, then press the trigger to unleash the glowing dart, hear laser blast sound effects and see light effects! Illuminate Star Wars battles with the Star Wars Nerf Poe Dameron Blaster! Includes 3 Elite GlowStrike foam darts. Demo battery included.

Star Wars products are produced by Hasbro under license from Lucasfilm Ltd.
Nerf and all related terms are trademarks of Hasbro.

• Ages 6 and up
• CAUTION: Do not aim at eyes or face. TO AVOID INJURY: Use only darts designed for this product. Do not modify darts or dart blaster.
• WARNING: CHOKING HAZARD - Small parts may be generated. Not for children under 3 years.
• Requires 1x AA alkaline battery (not included). Demo battery included.