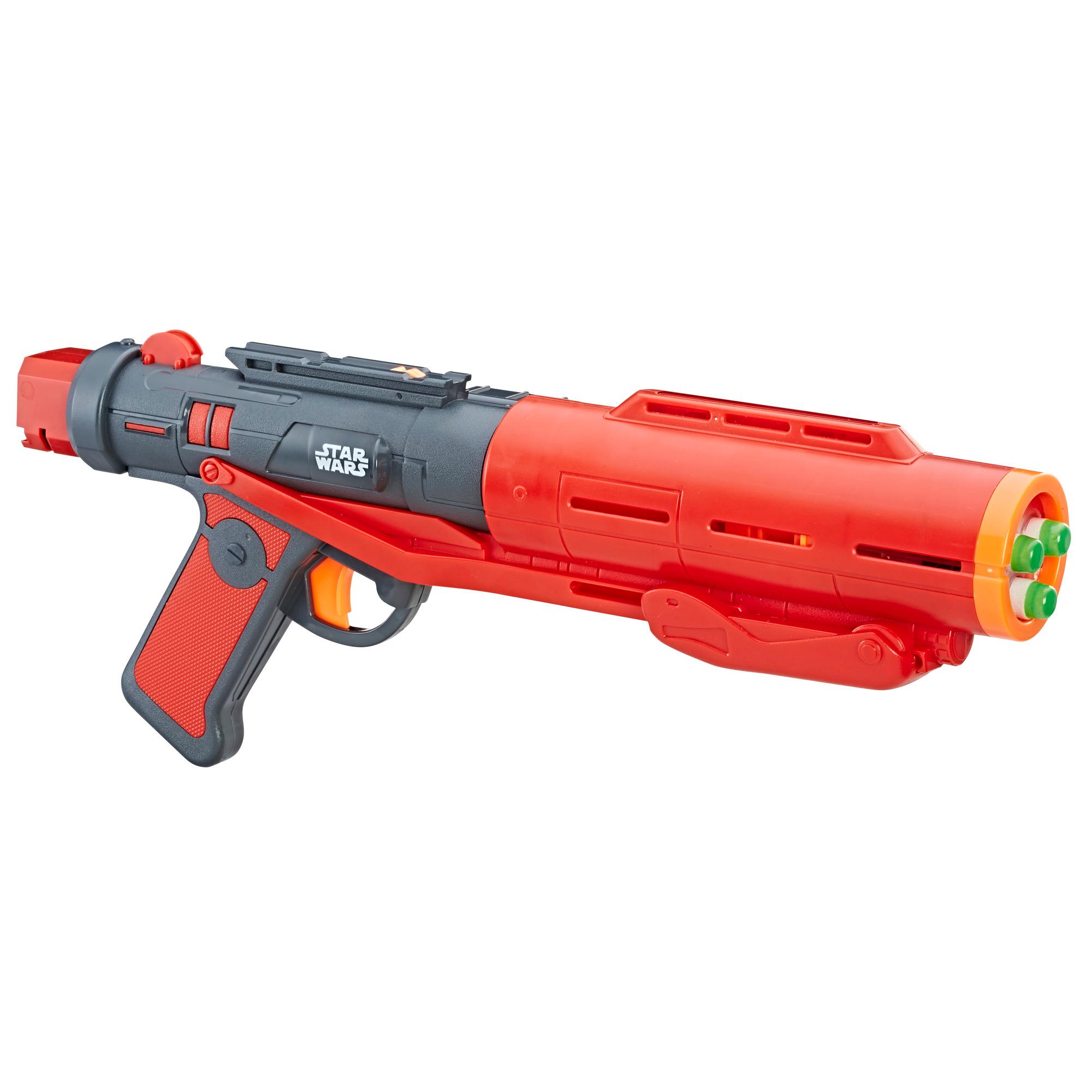 The elite soldiers of Imperial Intelligence, Death Troopers are encased in specialized stormtrooper armor with a dark, ominous gleam. These soldiers serve as bodyguards and enforcers for Director Krennic, a highly placed officer within the Advanced Weapons Research division of the Empire. Kids can launch into galactic adventures as they imagine being an elite stormtrooper with this pump-action blaster that fires glow-in-the-dark darts! The Star Wars Nerf Imperial Death Trooper Deluxe Blaster features GlowStrike technology that creates glowing light effects and charges the darts to make them glow when fired. Fire 3 darts in a row with pump-action blasting accompanied by electronic laser blast sounds. Illuminate Star Wars battles with the Star Wars Nerf blaster! Includes 3 Elite GlowStrike foam darts.

" Ages 6 and up
" CAUTION: Do not aim at eyes or face. TO AVOID INJURY: Use only darts designed for this product. Do not modify darts or dart blaster.
" WARNING: CHOKING HAZARD - Small parts may be generated. Not for children under 3 years.
" Demo batteries included.