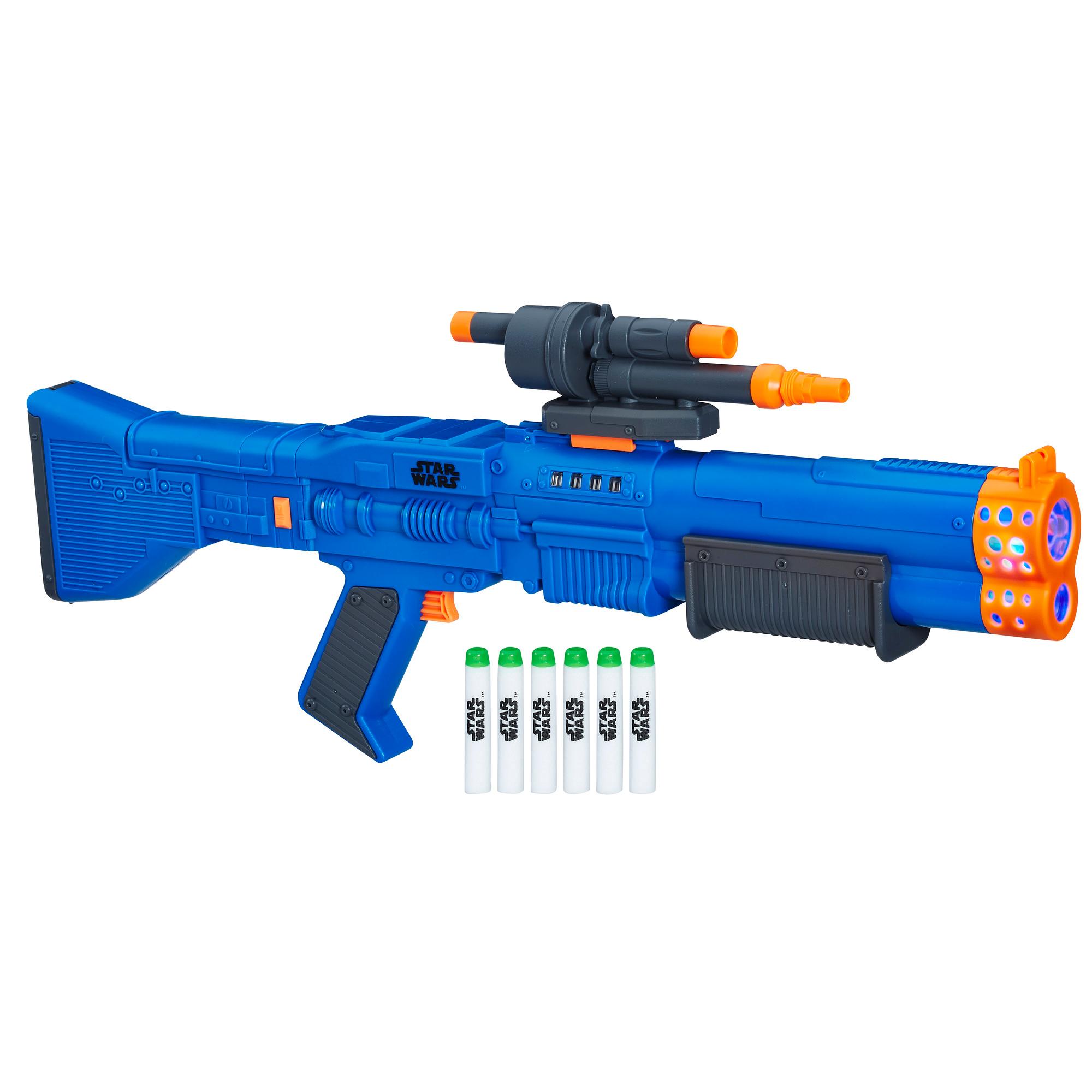 A mighty Wookiee nearly two centuries old, Chewbacca has fallen upon hard times during this age of the expanding Empire. Kids can imagine themselves blasting into battle like Chewbacca as they fire glow-in-the-dark darts from the Star Wars Nerf Chewbacca blaster! The blaster features GlowStrike technology, which charges the darts to make them glow when fired, and it also features laser blast sound effects to add to the action. Load 2 darts into the barrel, move the slide backward and forward to prime the blaster, then pull the trigger to fire 2 darts at once for double-barrel blasting. It comes with 6 GlowStrike darts, a removable stock with a dart storage area, and a removable scope. The blaster fires the darts up to 75 feet (22 meters). Launch into galactic battles with the Star Wars Nerf Chewbacca blaster with GlowStrike glow-in-the-dark darts!

" Ages 8 and up
" CAUTION: Do not aim at eyes or face. TO AVOID INJURY: Use only darts designed for this product. Do not modify darts or dart blaster.
" WARNING: CHOKING HAZARD - Small parts may be generated. Not for children under 3 years.
" Requires 3 AAA alkaline batteries. Demo batteries included.