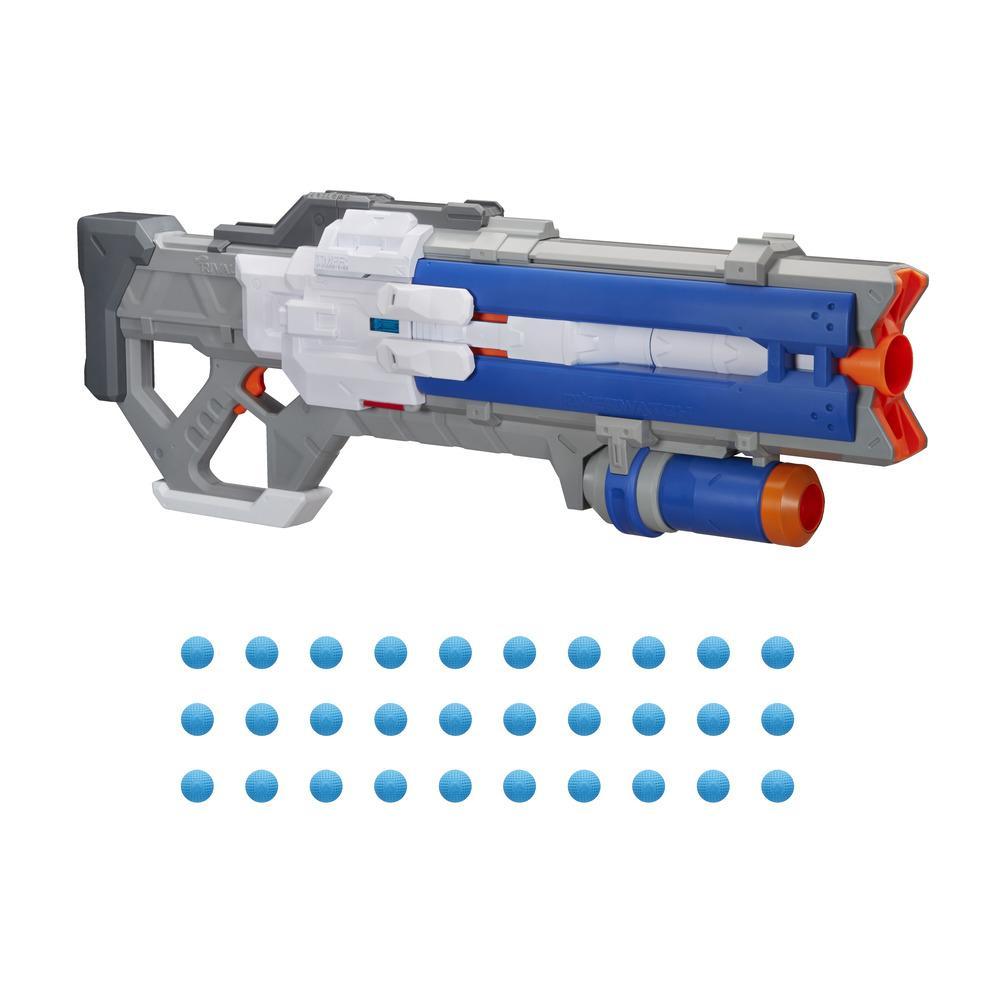 “I’ve got you in my sights.” Soldier: 76 wages a personal battle to expose the truth behind Overwatch's collapse, and he will stop at nothing to find those responsible and bring them to justice.
Overwatch fans can take on the role of Soldier: 76 with this blaster designed in the style of his signature weapon in Blizzard Entertainment’s internationally acclaimed team-based action game. This Nerf Rival Overwatch blaster is fully motorized to rapid-fire 30 high-impact rounds at a velocity of 90 feet per second (27 meters per second). (claim approved pending additional follow up testing beyond the breadboard)Electronic lights are activated and recoil action kicks in when you operate this hopper-fed blaster, adding to the real-world excitement of Overwatch battling. Comes with 30 Overwatch Nerf Rival rounds.
Hasbro and all related terms are trademarks of Hasbro.
Copyright 2018 Blizzard Entertainment, Inc.

• NERF RIVAL OVERWATCH SOLDIER: 76 BLASTER: Designed in the style of Overwatch hero Soldier: 76’s signature weapon from Blizzard Entertainment’s internationally acclaimed team-based action game
• FULLY MOTORIZED BLASTING: Power up the motor on this fully motorized blaster and unleash 30 rounds with rapid-fire blasting (batteries required; not included)
• INCLUDES 30 ROUNDS: The 30-round capacity, hopper-fed blaster comes with 30 high-impact Overwatch Nerf Rival rounds
• FIRES ROUNDS AT 90 FPS: Fires rounds at a velocity of 90 feet per second (27 meters per second) (claim approved pending additional follow up testing beyond the breadboard) and has a trigger lock to prevent accidental firing
• ELECTRONIC LIGHTS AND RECOIL ACTION: The blaster has lights that illuminate and recoil action that is activated when you fire the blaster

• Ages 14 and up
• For use with Nerf Rival products only.
• Requires 6x 1.5v D alkaline batteries (not included)