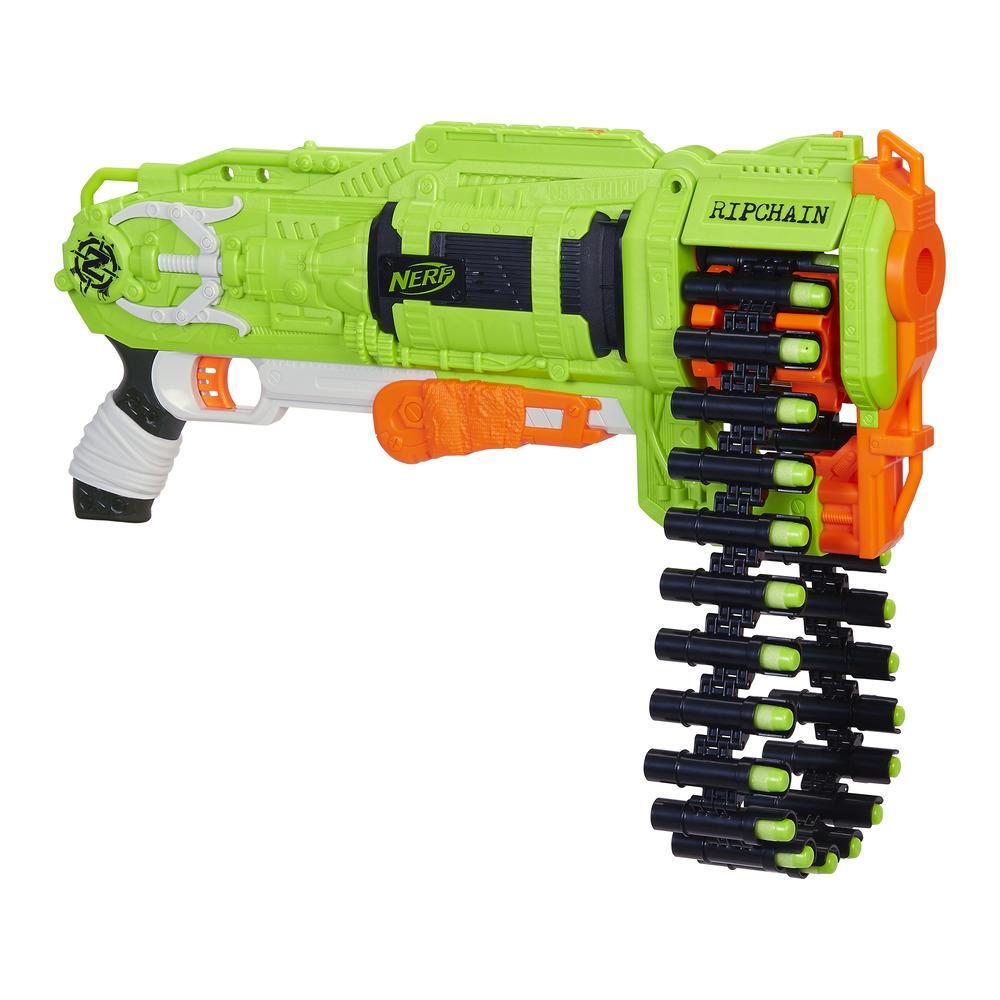 The zombies are getting stronger, and so are the survivors battling them -- theyre inventing new battle gear and teaming up with other zombie fighters to keep striking back! Rip into action against the zombies with the Nerf Zombie Strike Ripchain blaster! The 25-dart chain gives kids plenty of darts to defend their turf against a zombie incursion. Fire 1 Zombie Strike dart at a time, or slam-fire all 25 darts quickly. Get ready to battle! Load the darts onto the chain and place the chain on the blaster, then pump the handle to prime the blaster and pull the trigger to fire a dart. For slam-fire action, hold down the trigger and keep pumping the handle backward and forward to send a 25-dart swarm at targets. The Nerf Zombie Strike Ripchain blaster is designed with fun details that reflect the Zombie Strike story of survivors who are creating battle gear with parts they scrounge from different places.