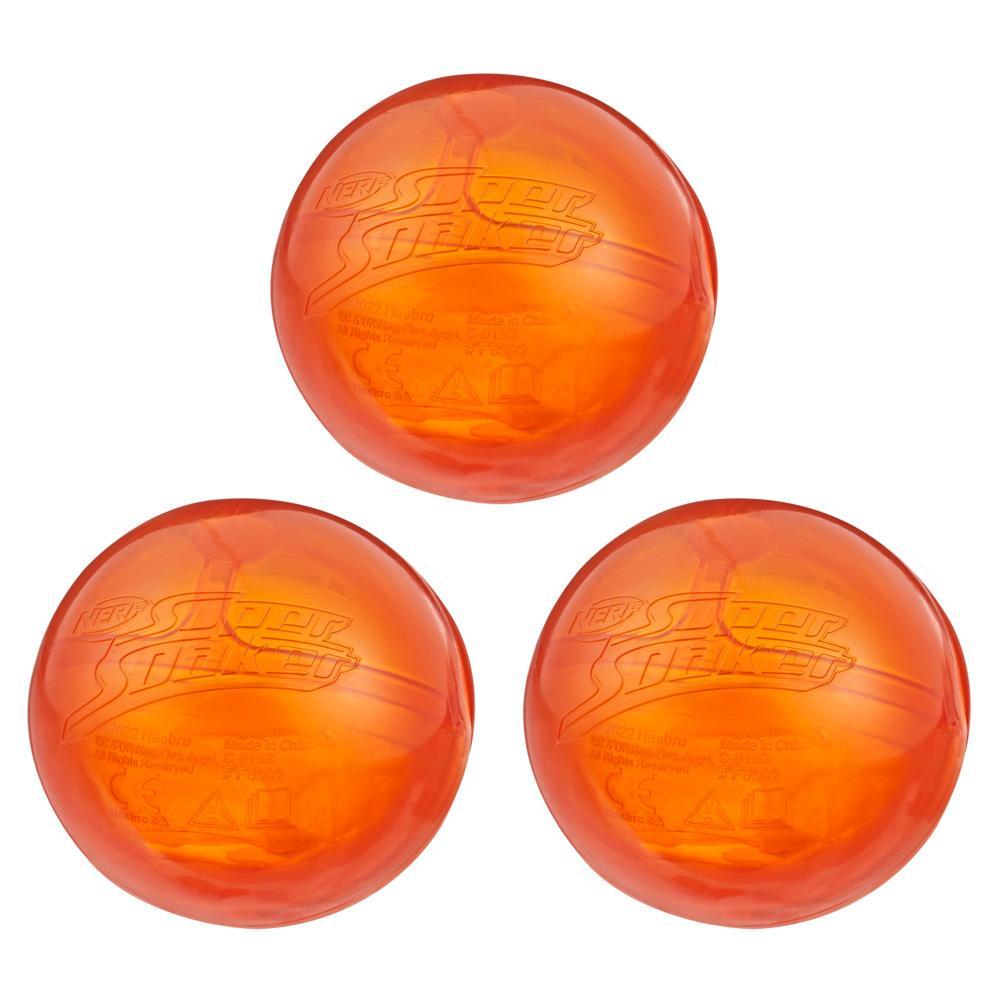 Warning:
WARNING: CHOKING HAZARD: Small parts may be generated. Not for children under 3 years.
CAUTION: Do not aim at eyes or face. TO AVOID INJURY: Use only clean tap water.

Nerf Super Soaker Hydro Balls are reusable water-filled balls that burst on impact to splatter water everywhere! They're fast and easy to refill to keep the water-drenching fun going in outdoor Nerf Super Soaker games. The balls are made with a soft, flexible material. This set includes 3 colorful Hydro Balls toys that separate into 2 interchangeable halves, so it's a cinch to put them back together for quick refilling. And filling them up is easy! Attach the halves, dunk the balls in water, squeeze them, and you're ready to go. And after throwing them, cleanup is quick, just pick up the halves and refill. They're great outdoor water toys for 6 year old boys and girls, and lots of fun for everyone. The Nerf Super Soaker brand has been pouring on the fun since 1989 and continues to drench kids, teens, and adults with lots of water-blasting mayhem! Nerf and all related properties are trademarks of Hasbro.

•NERF SUPER SOAKER HYDRO BALLS: Reusable water-filled balls burst on impact! Fill them with water and they burst apart when they connect with a target, splattering water everywhere
•QUICK AND EASY TO FILL AND REFILL: The balls have 2 interchangeable halves. Attach 2 halves, dunk the ball in water, squeeze it to add the water, and you're ready to go
•INCLUDES 3 NERF HYDRO BALLS: This set comes with 3 balls. The balls separate into 2 halves, and the halves are interchangeable, so it's easy to keep refilling them as you play
•SOFT MATERIAL: Nerf Hydro balls are made with soft, flexible material for lots of blasting fun
•EASY CLEANUP: Play more, clean up less with reusable Nerf Super Soaker Hydro Ball toys! After the balls burst apart, you simply pick the halves and refill them

•Ages 6 and up
•CAUTION: Do not aim at eyes or face.
•WARNING: Small parts may be generated.
•Includes: 3 balls.