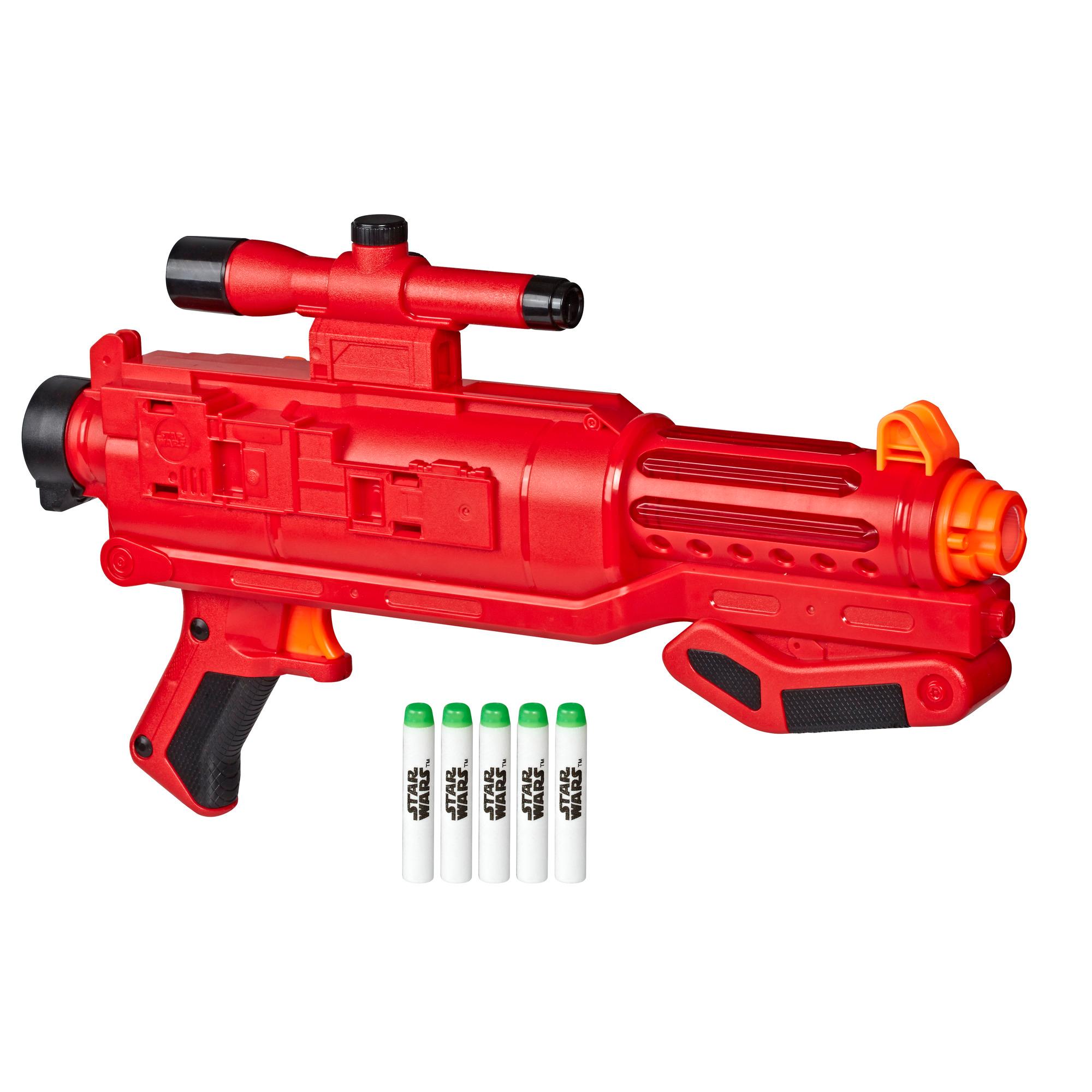 In its ultimate push towards galactic conquest, the First Order readies an army of elite soldiers that draw inspiration and power from a dark and ancient legacy. Imagine going into battle as one of the Sith Troopers with this Star Wars Nerf bolt-action blaster that fires glow-in-the-dark darts! The Stormtrooper blaster features GlowStrike technology that charges the darts to make them glow when fired. Load 5 darts into the barrel of this single-fire blaster, pull the bolt back to prime it, then pull the trigger to unleash a glowing dart and hear laser blast sound effects! Keep priming and pulling the trigger to unleash the remaining darts. Illuminate Star Wars battles with the Star Wars Nerf Stormtrooper blaster! Includes 5 Elite GlowStrike foam darts.

Star Wars products are produced by Hasbro under license from Lucasfilm Ltd.
Nerf and all related terms are trademarks of Hasbro.

• Ages 6 and up
• CAUTION: Do not aim at eyes or face. TO AVOID INJURY: Use only darts designed for this product. Do not modify darts or dart blaster.
• WARNING: CHOKING HAZARD - Small parts may be generated. Not for children under 3 years.
• Demo batteries included.