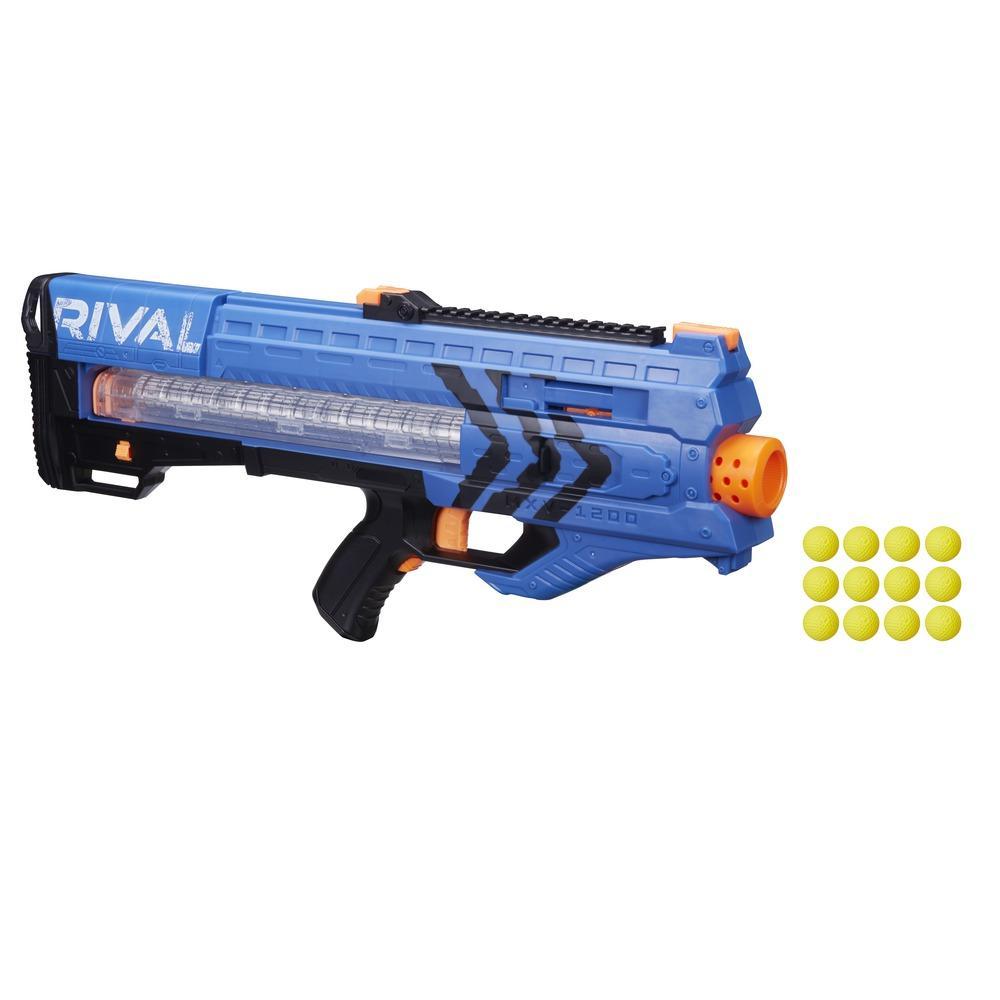 Experience intense head-to-head competition with the ultimate precision and power of the Nerf Rival Zeus MXV-1200 blaster! Choose a blaster color and go into battle as the Red Team or the Blue Team. The Zeus MXV-1200 motorized blaster fires at a velocity up to 100 fps (30 mps). It comes with an easy-load magazine and 12 high-impact rounds. The blaster has a trigger lock, tactical rails, and ambidextrous magazine release. Experience the intensity of Nerf Rival with the Zeus MXV-1200 blaster!