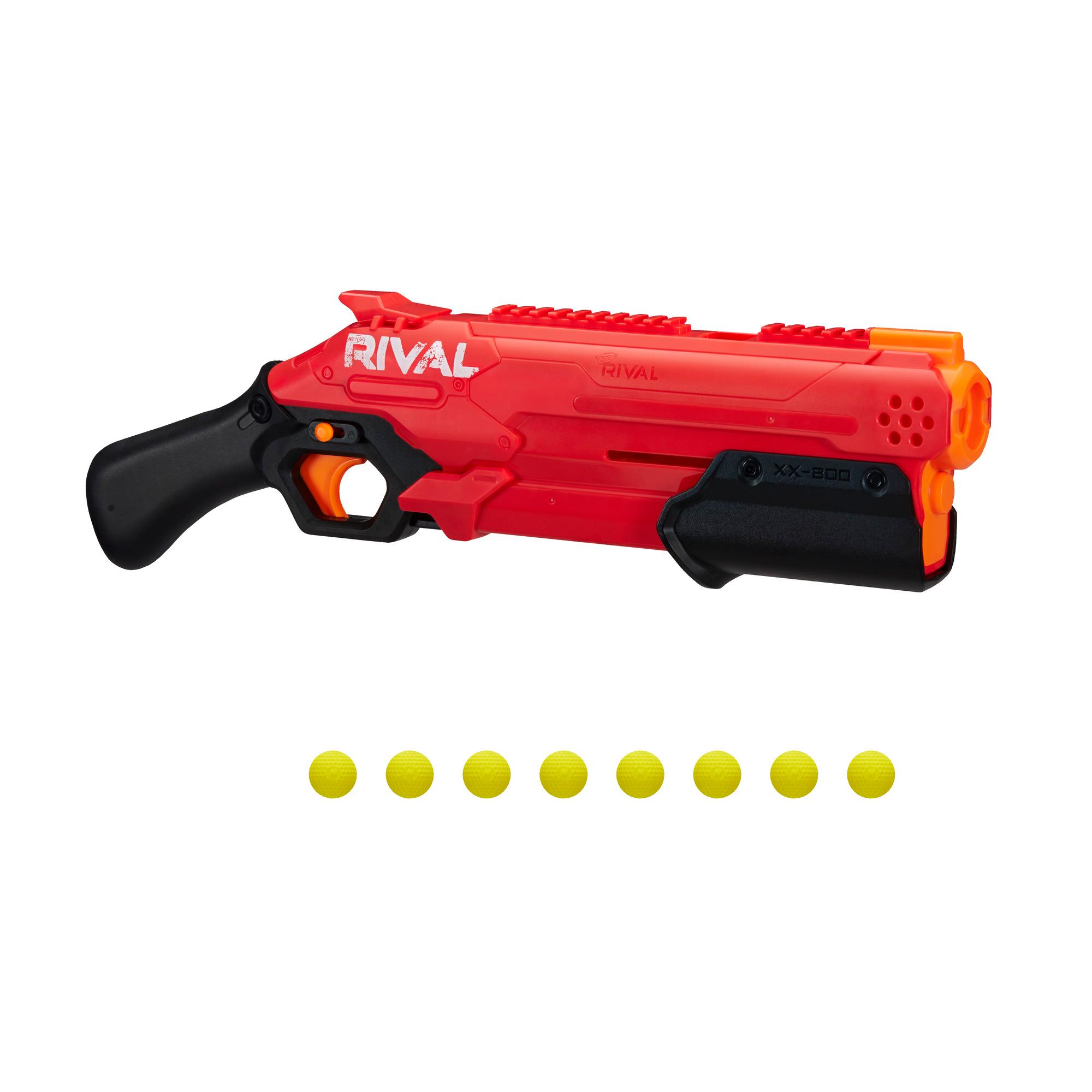 Take on and take down all challengers in Nerf Rival games with the pump-action Nerf Rival Takedown XX-800 blaster. Load this spring-action blaster, pump the priming handle, and press the trigger to fire 1 round. The Takedown XX-800 blaster has an 8-round capacity, so choose your targets and fire 8 rounds in a row. Go the distance with this Team Red blaster that launches rounds at 90 feet per second. Easy loading: Pull the handle back to open the breech, load 8 darts into the chamber, push the handle forward, and press the trigger to fire 1 round. Move the handle backward and forward to prime the blaster for the next shot. A trigger lock prevents it from firing accidentally. Includes 8 Official Nerf Rival rounds.