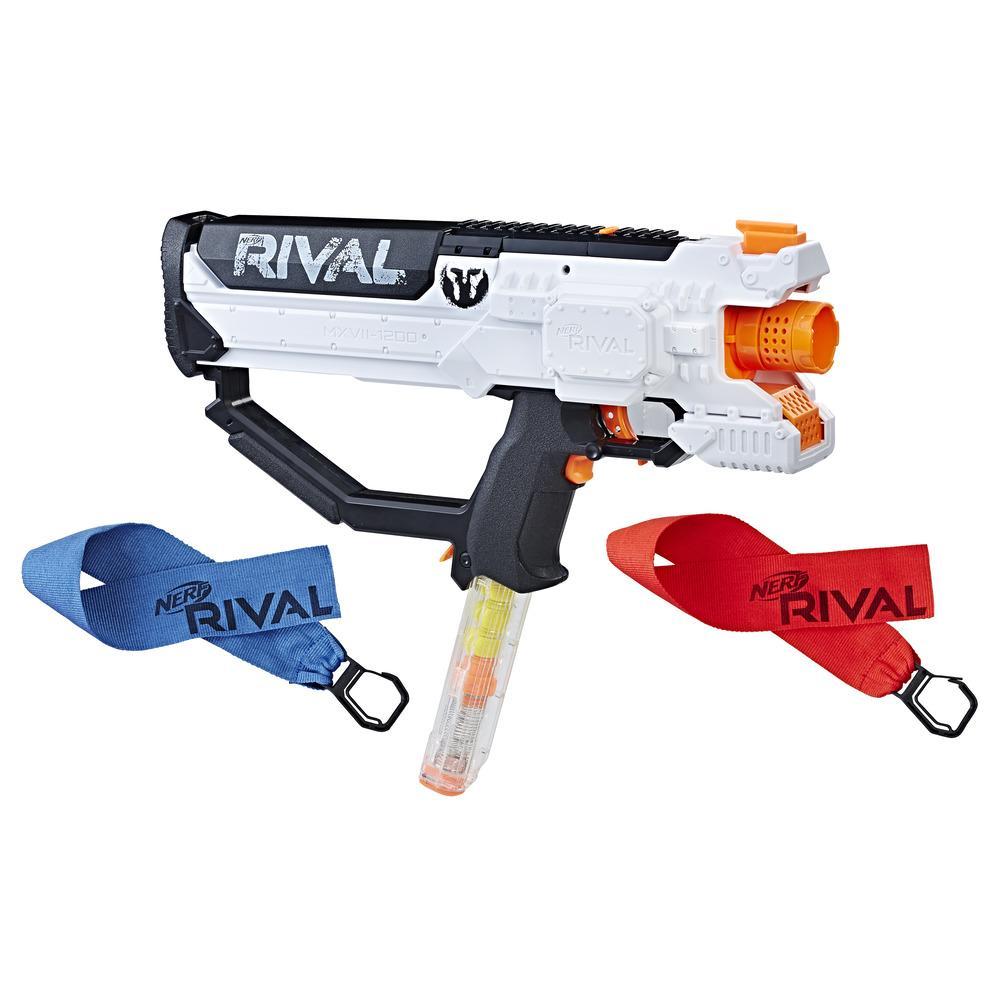 The Nerf Rival Phantom Corps is a group of rogue specialists who may join Team Red or Team Blue today, then challenge those teams tomorrow. Nerf Rival battles will never be the same! Experience intense head-to-head competition with the precision and power of the Nerf Rival Hera MXVII-1200 blaster. This motorized blaster unleashes high-impact rounds at 100 feet per second (30 meters per second) with Nerf Rival accuracy. It comes with one 12-round magazine and 12 high-impact rounds. The blaster has a trigger lock and tactical rail. Power it with batteries or the Nerf Rival Rechargeable Battery Pack (batteries and battery pack not included). Experience the intensity of the Nerf Rival Hera MXVII-1200 blaster!

" Ages 14 and up
" For use with Nerf Rival products only.
" Requires 6x C alklaline batteries (not included).