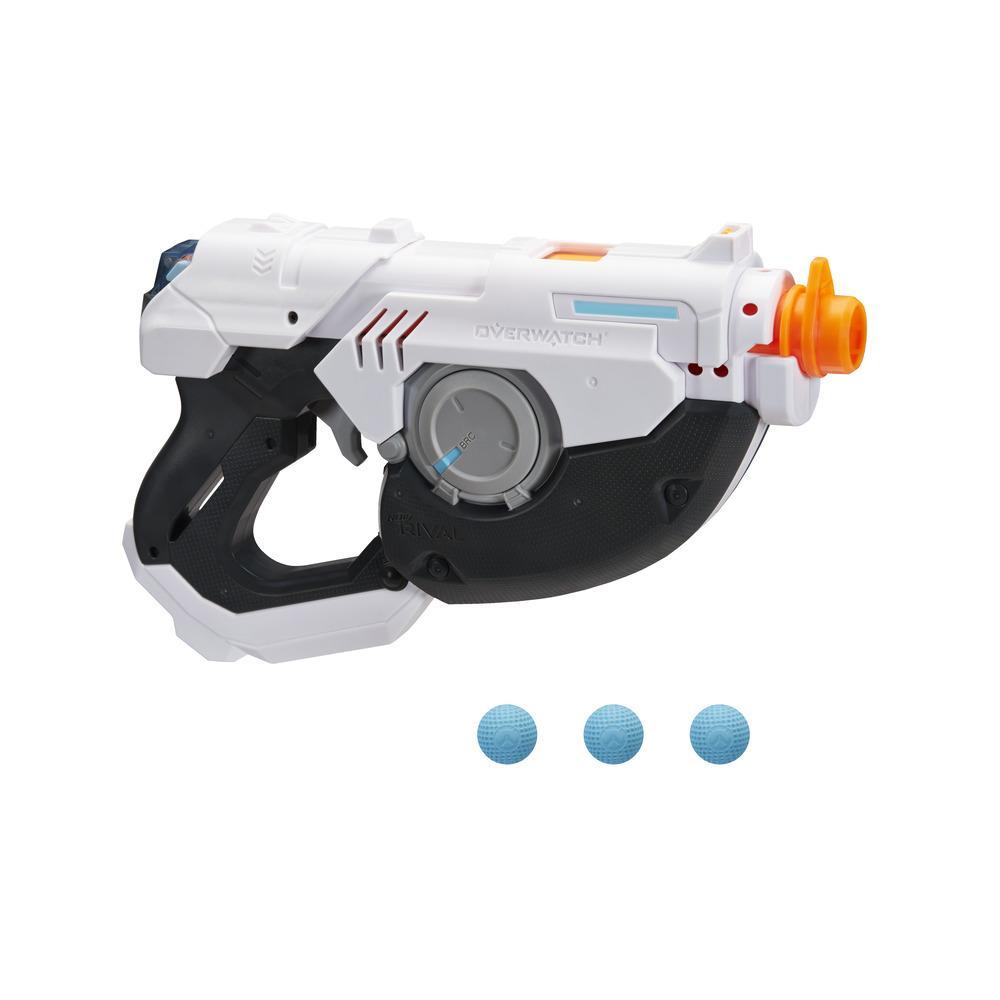 "Cheers, love! The calvary's here!" Tracer uses a chronal accelerator to speed up and slow down her own time, a skill that has made her one of the most effective agents in Overwatch.

This Nerf Rival Overwatch Tracer blaster is designed in the style of the weapon used by Overwatch hero Tracer in the Blizzard Entertainment's internationlly acclaimed team-based game. The spring-action blaster features pulsating movement when you fire, replicating the action of the pulse weapons that she uses in the game. Fire rounds at a velocity of 90 feet per second (27 meters per second). The blaster holds 3 rounds and fires 1 round at a time. Load 3 rounds, move the slide to prime, and press the trigger to fire. Trigger lock prevents accidental firing. No batteries required. Eyewear recommended (not included).

• NERF RIVAL OVERWATCH TRACER BLASTER: Designed in the style of the signature weapon used by Overwatch hero Tracer from Blizzard Entertainment’s internationally acclaimed team-based action game
• SPINNING RELOAD ACTION: The blaster features spinning reload action when you fire a round, replicating the action of the weapon in the game -- a piece on the side of the blaster spins and extends
• INCLUDES 3 ROUNDS: The 3-round-capacity blaster comes with 3 high-impact Nerf Rival rounds. It has a spring-action mechanism and a trigger lock to prevent accidental firing