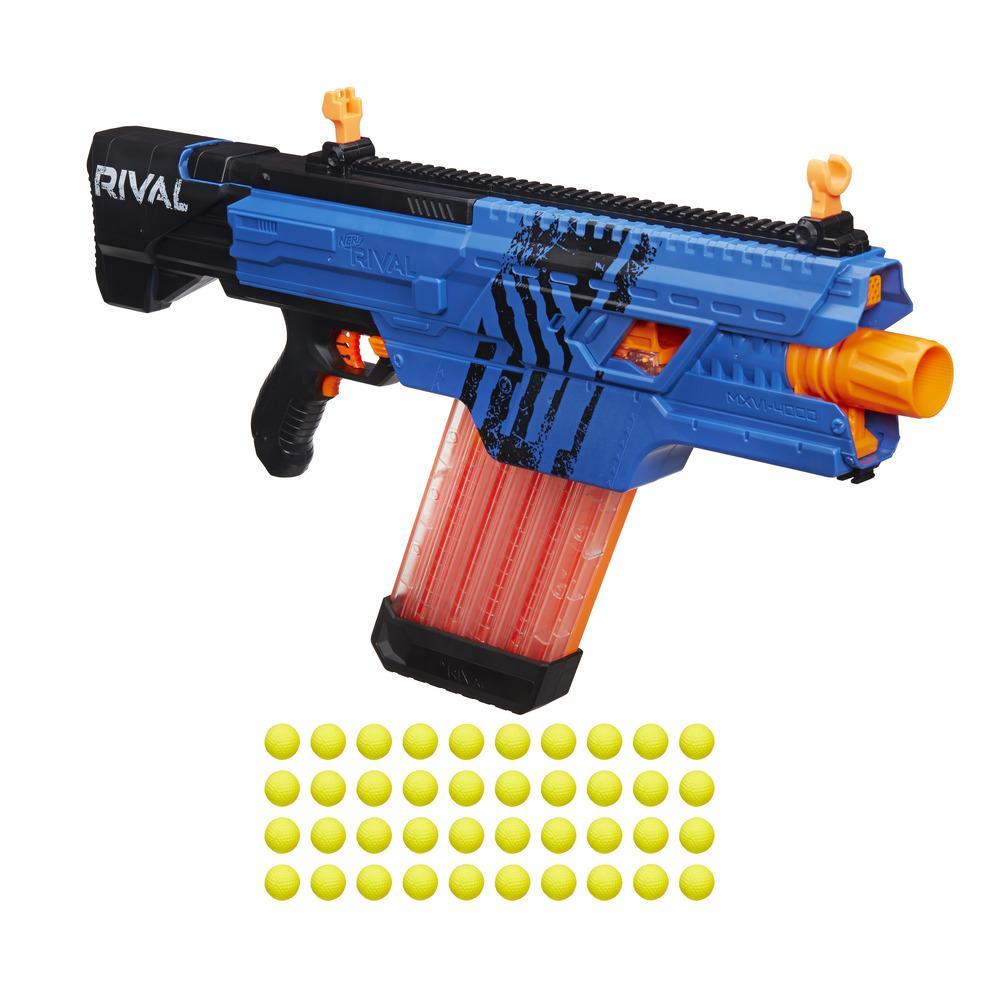 Experience intense head-to-head competition with the ultimate precision and power of the Nerf Rival Khaos MXVI-4000 blaster! Choose a blaster color and go into battle as the Red Team or the Blue Team. Unleash rapid-fire blasting with this fully motorized Nerf Rival blaster that fires 40 high-impact rounds at a velocity up to 100 fps (30 mps). The Khaos MXVI-4000 comes with 40 rounds and has a trigger lock, tactical rails, ambidextrous magazine release, easy-load magazine, and flip-up front and rear sights. Experience the intensity of Nerf Rival with the Khaos MXVI-4000 blaster!

" Ages 14 and up
" For use with Nerf Rival products only.
" Requires 6 D batteries (not included).

Limit of 5 per household.