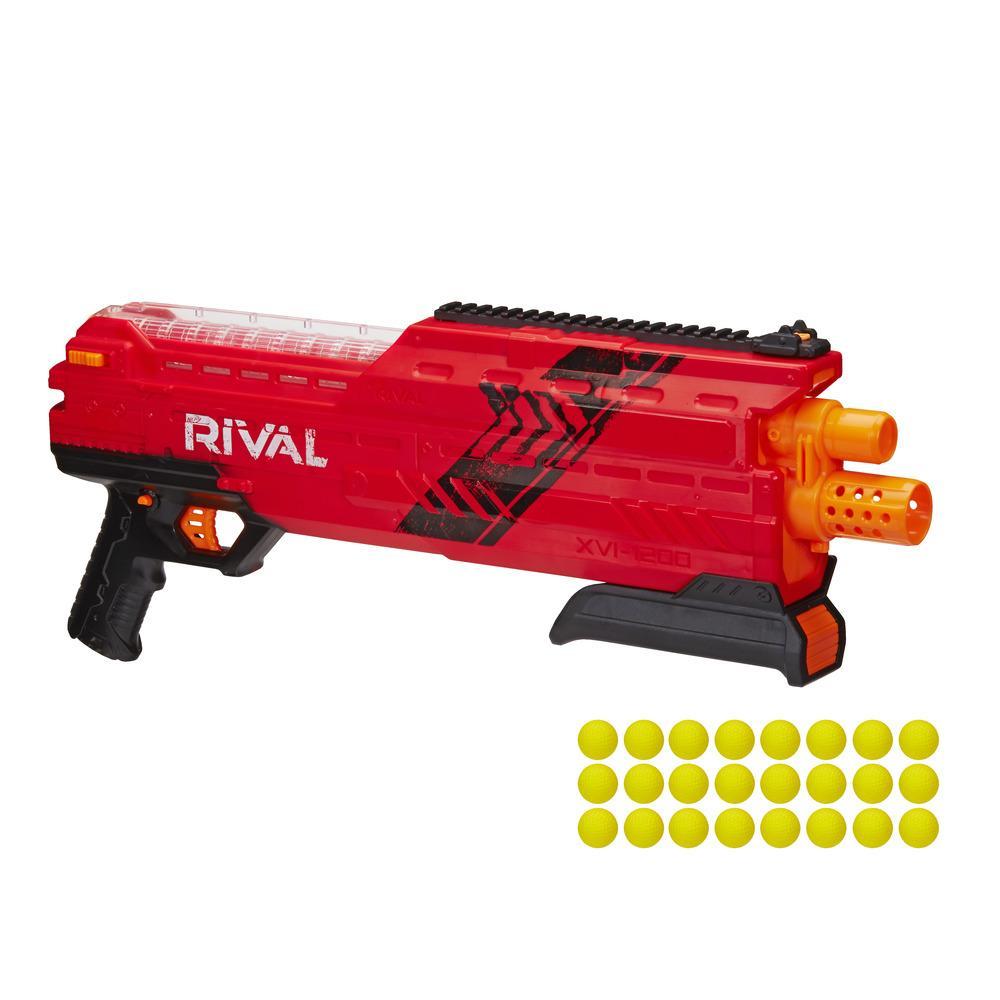 " Fires 2 rounds at once
" Includes easy-load, 12-round magazine and 24 high-impact rounds
" Choose red or blue blaster to battle as Red Team or Blue Team
" Spring-action blaster has a trigger lock, and tactical rail
" Experience ultimate precision and intense competition