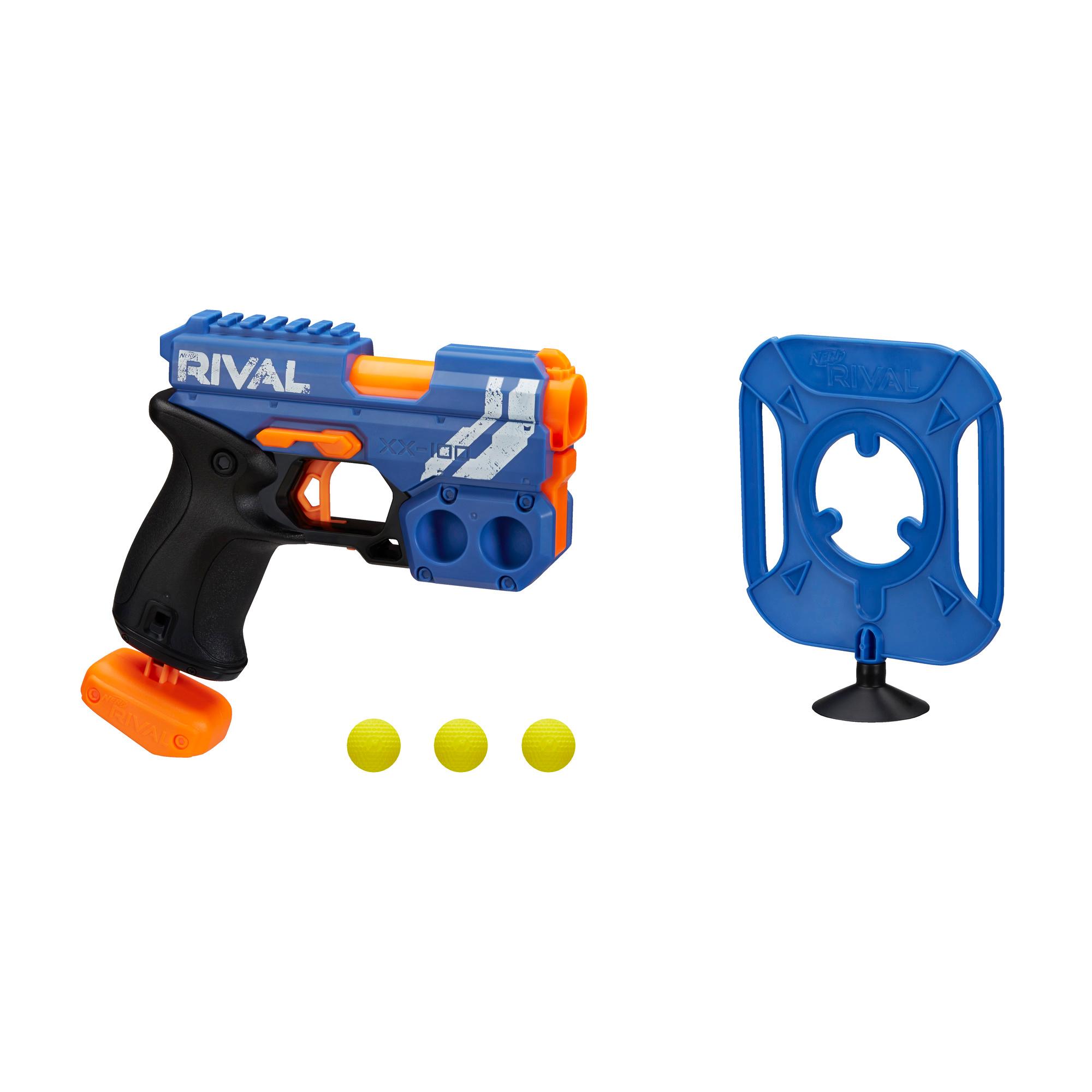 Practice your aim with the Nerf Advanced Targeting Set set that includes a Nerf Rival blaster and a stick-on target that you can attach almost anywhere. The target has a suction cup that's quick and easy to stick onto surfaces. Take aim at the target and fire off rounds from this spring-action, single-shot blaster that packs high-intensity Nerf Rival power in a small size. It fires rounds at a velocity of 90 feet per second. Bring it along for games that move fast and keep you on the run. The blaster has built-in round storage and comes with 3 Official Nerf Rival Rounds. A trigger lock prevents it from firing accidently. Load 1 round, prime, and pull the trigger to fire. Hand-powered (no batteries required).

• BLASTER AND SUCTION TARGET TO PRACTICE ANYTIME: The Advanced Targeting Set includes a Nerf Rival blaster and a suction-cup target that you can attach almost anywhere to practice your aim
• NERF RIVAL POWER IN A COMPACT SIZE -- Blaster packs high-intensity Nerf Rival power in a compact size, firing rounds at a velocity of 90 feet per second. Great for fast moves and stealthy surprises
• SPRING-ACTION, TRIGGER LOCK, ROUND STORAGE -- Blaster has a spring-action mechanism, trigger lock to prevent accidental firing, and integrated round storage area. Hand-powered (no batteries required)
• 90 FPS -- Fire rounds as a velocity of 90 feet per second with Nerf Rival accuracy from this breech load blaster

• Ages 14 and up
• TO AVOID EYE INJURY:
• WARNING: Do not aim at eyes or face. Use of eyewear recommended for players and people within range. Use only official Rival rounds. Other rounds may not be safe. Do not modify rounds or blaster.
• For use with Nerf Rival products only.
• Some assembly required. No tools needed.