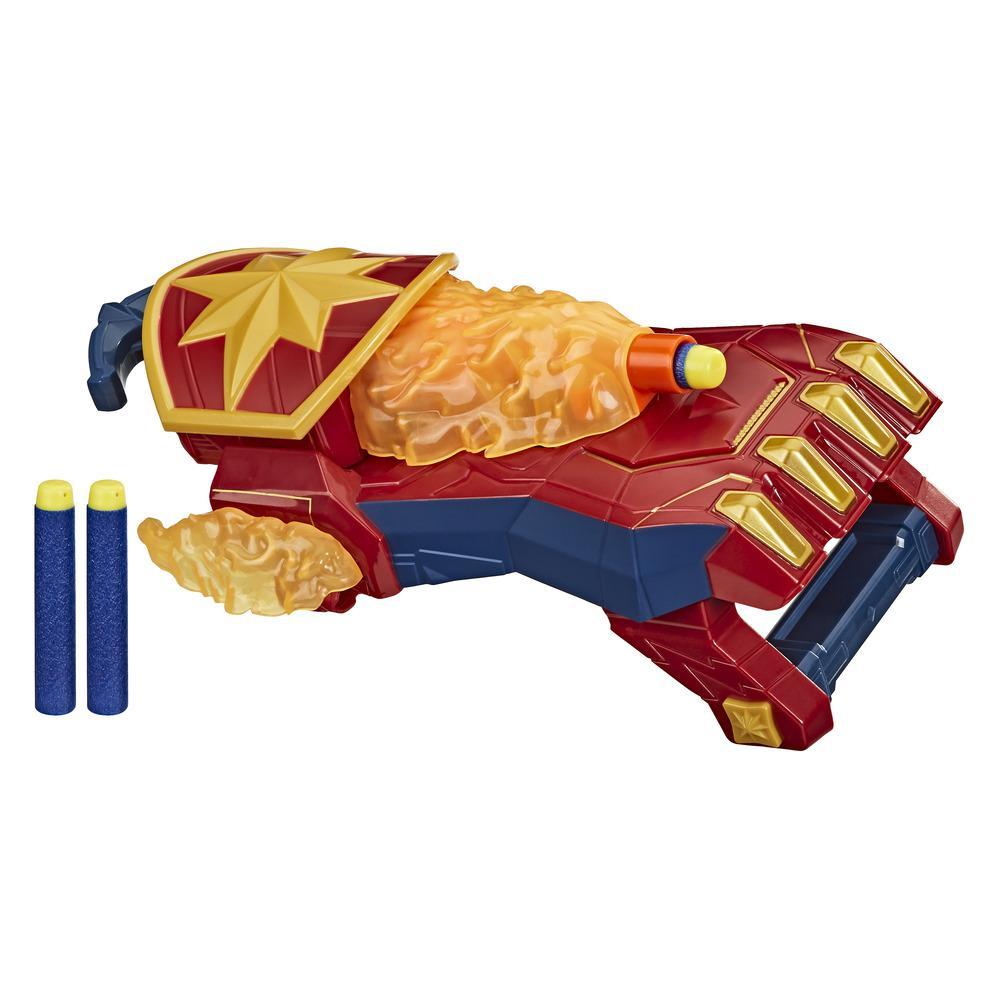 When the Earth is threatened, Carol Danvers becomes the powerful Super Hero Captain Marvel to protect the planet from destruction!

There’s more to being a Super Hero than capes and fancy suits. Being a Super Hero is about defending justice and knowing when it’s time to fight as a team! Kids can imagine powering up for action alongside their favorite super heroes, like Iron Man, Captain America, Spider-Man, Black Widow, Hulk, Black Panther, Thor, and more, with Avengers figures and roleplay! Avengers, Assemble!

Copyright 2019 Marvel.
Hasbro and all related terms are trademarks of Hasbro.

• CAROL DANVERS IS CAPTAIN MARVEL: Carol Danvers becomes Captain Marvel -- one of the universe’s most powerful Super Heroes -- when Earth is threatened
• ICONIC MARVEL CHARACTER-INSPIRED DESIGN: Inspired by the mighty Super Heroes of the Marvel Universe, these Power Moves roleplay toys for kids ages 5 and up offer exciting Marvel action and adventure
• PHOTON BLAST ATTACK: Boys and girls can imagine protecting the universe like Captain Marvel! Hold down the button and perform a Photon Blast move to launch a NERF dart
• FROM THE MARVEL UNIVERSE: The astonishing 80-year history of Marvel is jam-packed with excitement, action and adventure, and colorful characters like Iron Man, Spider-Man, Captain America, Captain Marvel, Black Panther, Black Widow, and more
• COLLECTIBLE TOYS: Look for other NERF Power Moves Marvel Avengers roleplay toys to start a collection, swap with friends, and give as gifts (Each sold separately. Subject to availability.)

• Ages 5 and up
• WARNING: CHOKING HAZARD – Small parts may be generated. Not for children under 3 years.
• CAUTION: Do not aim at eyes or face. TO AVOID INJURY: Use only with official NERF darts. Other darts may not meet safety standards. Do not modify darts or dart blaster.
• Additional darts sold separately.
• Some assembly required.