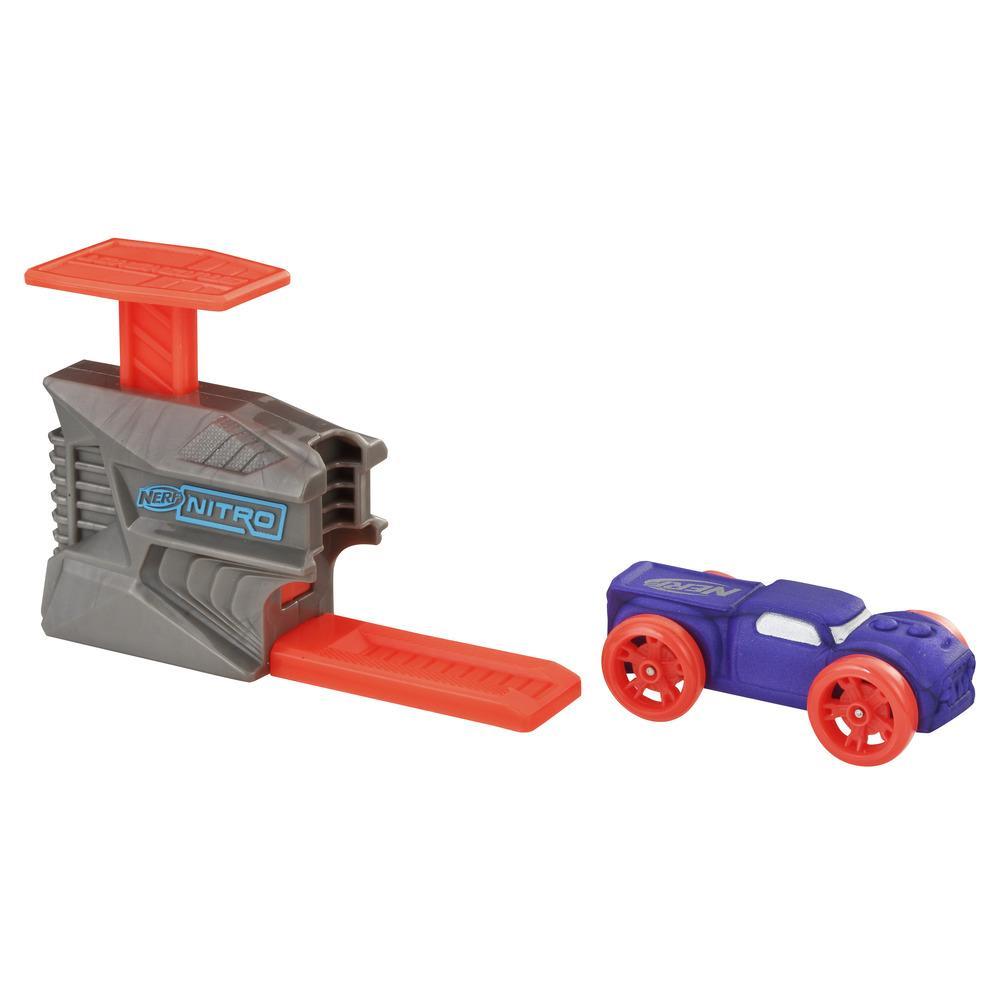 Warning:
CHOKING HAZARD-Small Parts. Not For Children Under 3 Years.
WARNING: Do not aim at eyes or face. Use of eyewear recommended for players and people within range. Use only official Nerf darts. Other darts may not meet safety standards. Do not modify darts or blaster.
CAUTION: TO AVOID INJURY: Ensure that no people or animals are in the path of cars.

Blast into overdrive with Nerf Nitro sets! Kids can create awesome stunts as they launch foam body cars from blasters that feature the power and performance of the Nerf brand! Blast into stunts to go high, go far, go fast! Speed into spectacular stunts with the Nerf Nitro SmashShot blaster that features slam-launching action! Stunt sets and additional blasters and cars each sold separately.

" Ages 5 and up
" CAUTION: TO AVOID INJURY: Ensure that no people or animals are in the path of cars.
" WARNING: CHOKING HAZARD - Small parts may be generated. Not for children under 3 years.