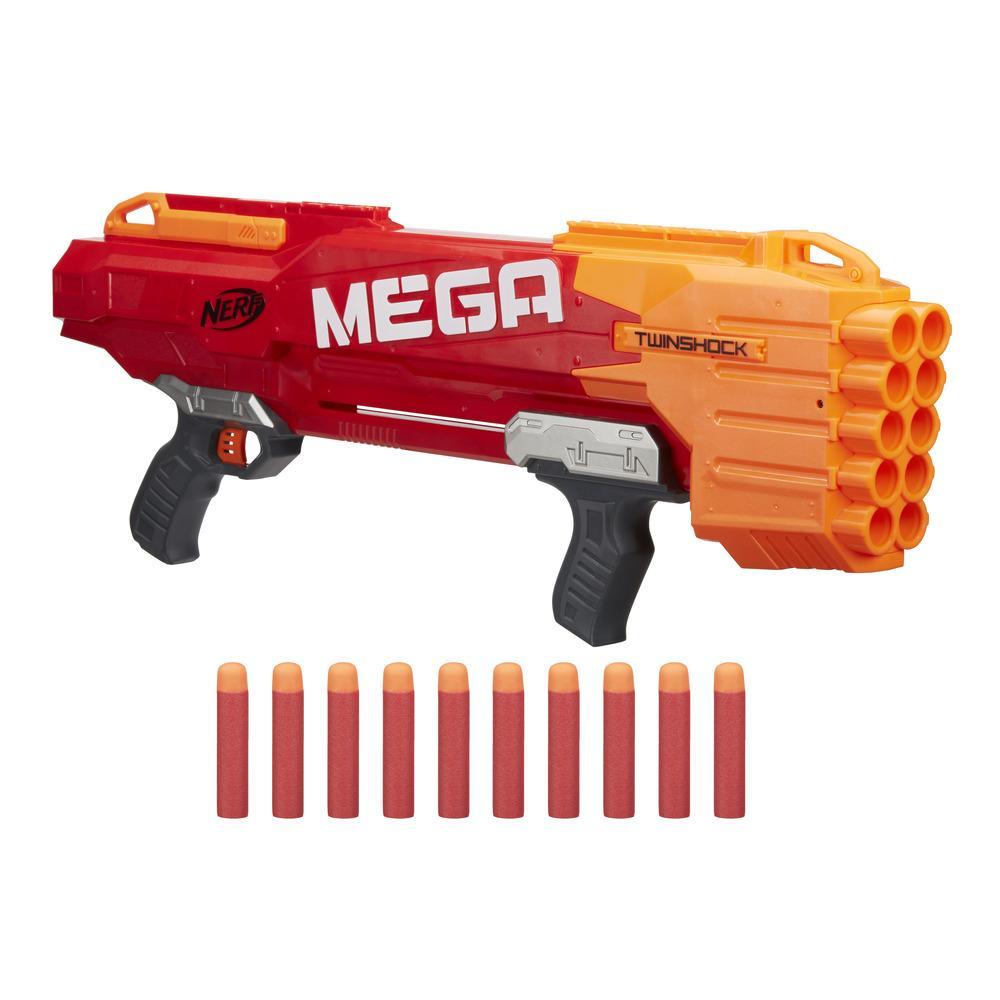 Strike with powerful pump-action blasting to unleash 2 darts at once with the Nerf N-Strike MEGA TwinShock blaster! With 3 ways to blast, battlers can optimize their strategy for each battle. Fire one dart at a time, double-blast opponents by firing 2 darts at once, or unleash all 10 darts rapidly with slam-fire action. The pump-action blaster holds up to 10 Nerf MEGA darts that scream through air up to 85 feet (26 meters). Blast into battle with the power of the Nerf N-Strike MEGA TwinShock blaster!

" Ages 8 and up
" CAUTION: Do not aim at eyes or face. TO AVOID INJURY: Use only darts designed for this product. Do not modify darts or dart blaster.
" WARNING: CHOKING HAZARD  Small parts may be generated. Not for children under 3 years.