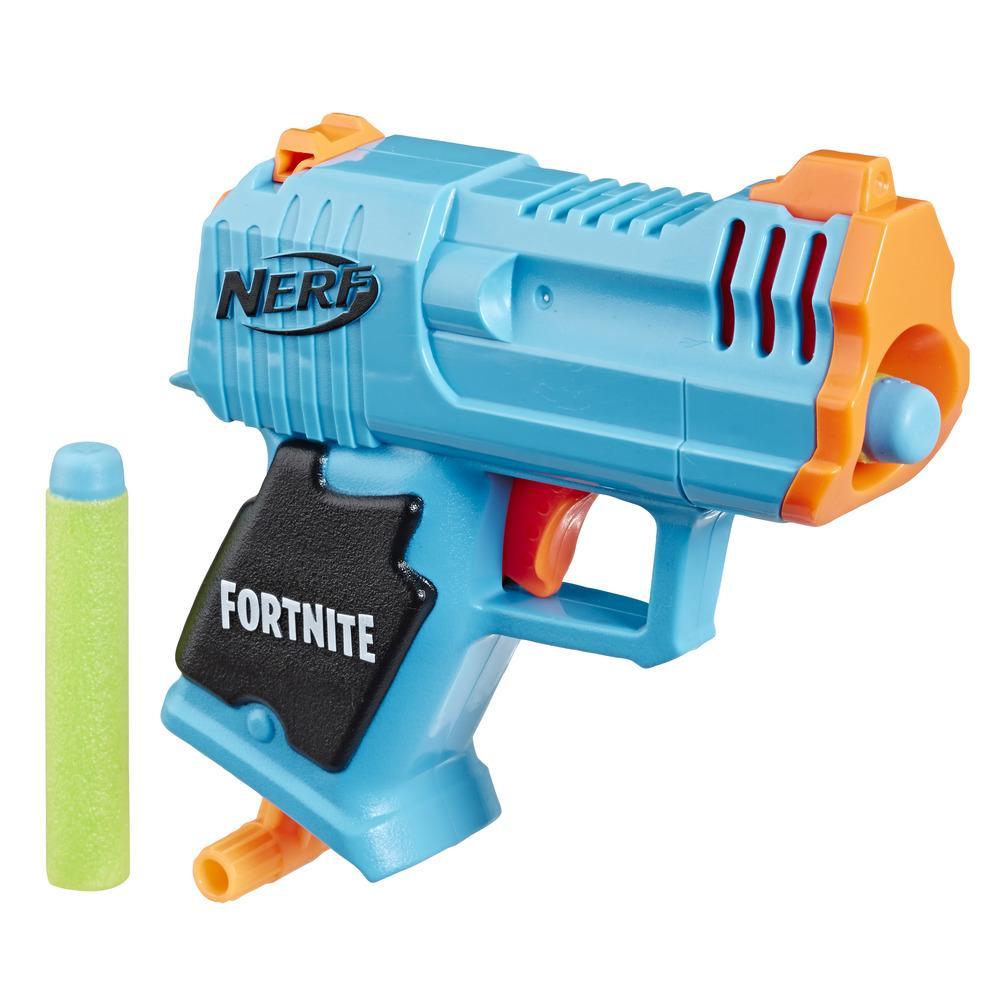 Blast into big fun with the Nerf MicroShots series of collectible, mini-sized Nerf toy blasters! Nerf MicroShots series blasters capture the iconic look of the original blasters but in a scrunched-down style all their own. Their look and size makes them collectible additions to any Nerf collection. This Nerf MicroShots Fortnite Micro HC-R blaster is inspired by the hand cannon used in the popular Fortnite Battle Royale video game. It includes 2 Official Nerf Elite darts and fires 1 dart at a time with hand-powered action (no batteries required). Load 1 dart into the front of the blaster, pull down the handle to prime, and pull the trigger to fire. Look for all the MicroShots series of micro-sized blasters for collecting and playing (each sold separately).

• Includes blaster and 2 darts.
• FORTNITE MICRO HC-R DART-FIRING BLASTER: Nerf MicroShots mini-sized blaster toy is inspired by the blaster used in the popular Fortnite Battle Royale video game
• SCRUNCHED-DOWN STYLE: Nerf MicroShots collectible, dart-firing blasters capture the look of the original blasters but in a scrunched-down style all their own
• INCLUDES 2 DARTS AND FIRES 1 DART AT A TIME: This single-shot blaster comes with 2 Official Nerf Elite darts, fires 1 dart at a time, and is hand-powered (no batteries required)
• PART OF THE COLLECTIBLE MICROSHOTS SERIES: The blaster is part of the MicroShot series of collectible, micro-sized dart-firing blasters
• Ages 8 and up
• CAUTION: Do not aim at eyes or face. TO AVOID INJURY: Use only with official NERF darts. Other darts may not meet safety standards. Do not modify darts or dart blaster.