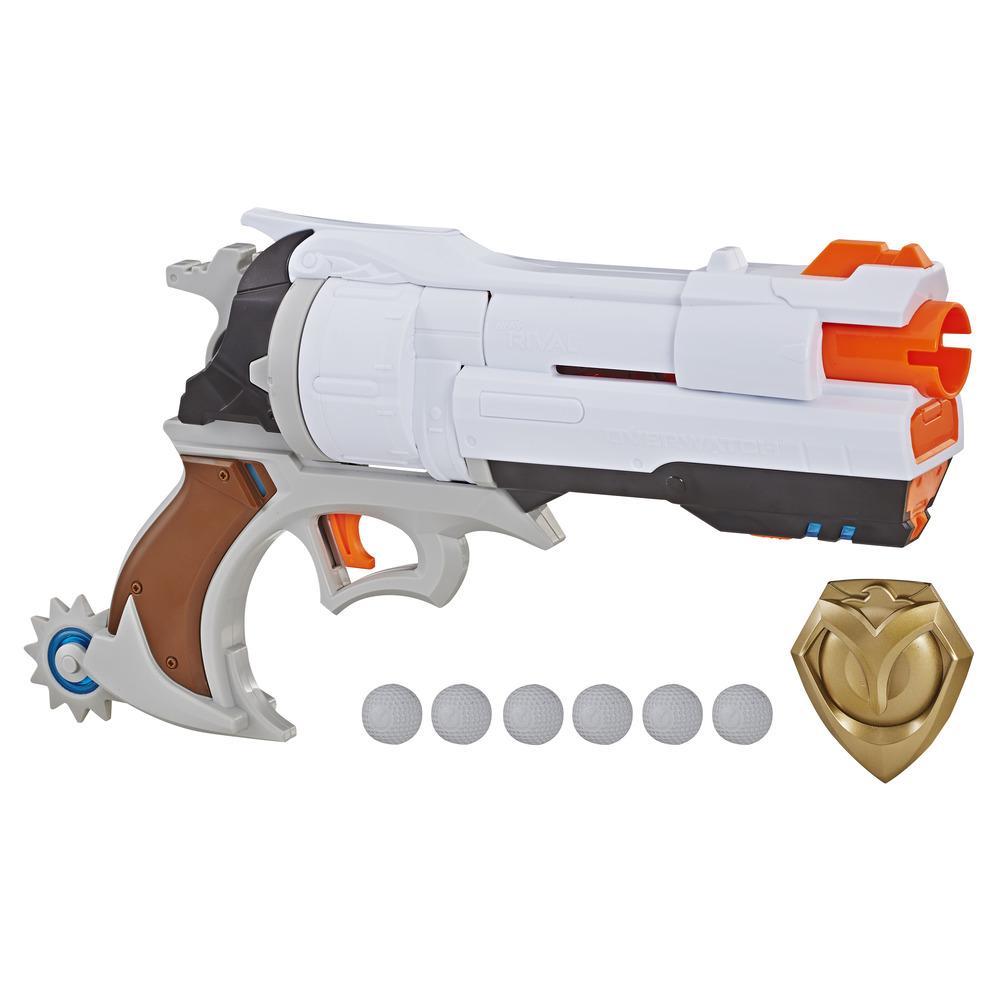 “Justice ain't gonna dispense itself.” An iron-willed lawbringer, Overwatch’s McCree hands out justice and fights for causes he believes in.

Overwatch fans can now take on the role of McCree with this blaster designed in the style of his signature accessory in Blizzard Entertainment’s internationally acclaimed team-based action game. This Nerf Rival Overwatch blaster also includes a collectible die cast badge like the one worn by McCree in the game. The blaster features a spinning spur on the handle, a swing-open barrel, a hammer that moves when the trigger is pulled, a spring-action mechanism, and a trigger lock to prevent it from firing accidentally. It fires 1 round at a velocity of up to 90 feet per second (27 meters per second). Comes with 6 Overwatch Nerf Rival rounds.

• Includes one blaster designed in the style of Overwatch hero McCree’s signature accessory from Blizzard Entertainment’s internationally acclaimed team-based action game Overwatch
• Comes with a collectible die cast replica McCree badge
• Holds 1 round and comes with 6 high-impact Overwatch Nerf Rival rounds
• Fires rounds at a velocity of up to 90 feet per second (27 meters per second)
• Has a swing-open barrel, reactive hammer, spinning spur on the end of the handle, spring-action mechanism, trigger lock, and ready indicator