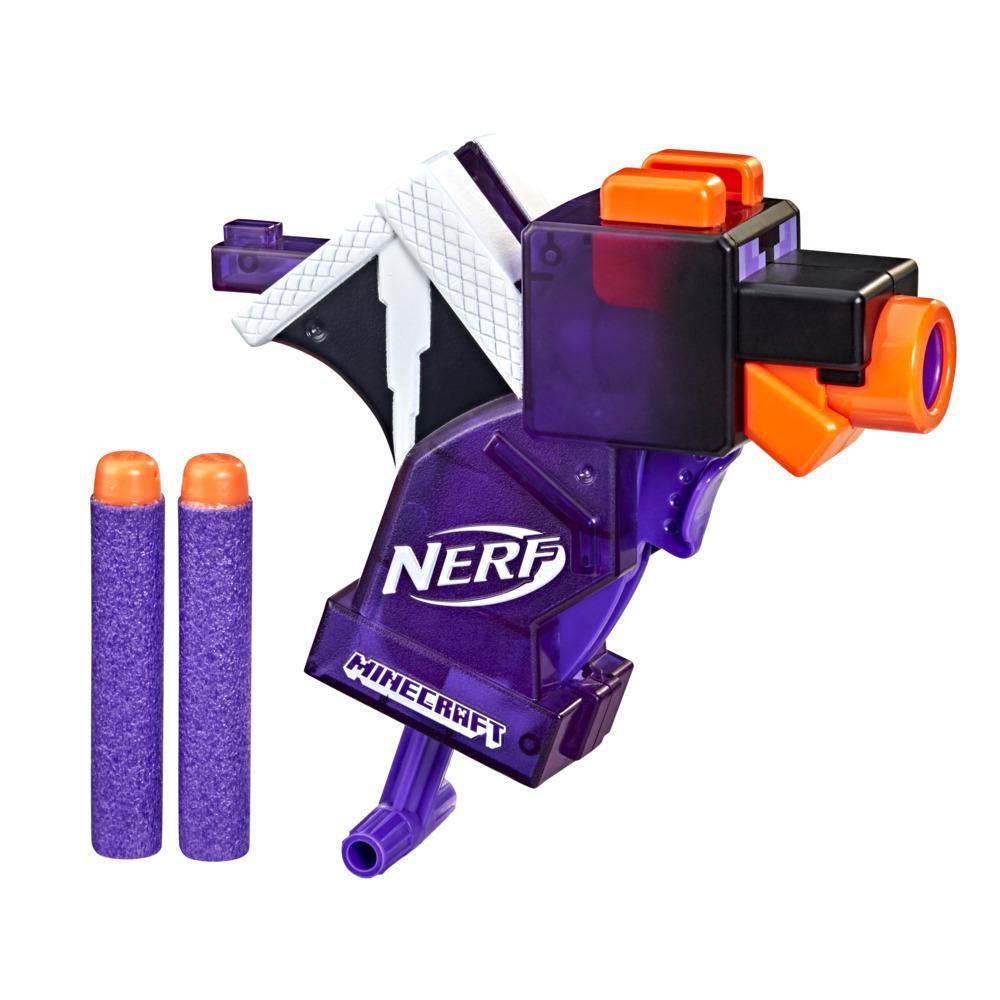 Blast into big fun with this mini-size Nerf MicroShots Minecraft Ender Dragon dart blaster that captures the look of the dragon mob from the Minecraft video games! The compact size makes it easy to carry and fun for all your indoor and outdoor Nerf battles. This single-shot Nerf MicroShots Minecraft blaster fires 1 dart at a time and is quick and easy to use. Load 1 dart into the front of the blaster, pull down the priming handle, and press the button to fire. It's a great addition to Nerf and Minecraft collections and the perfect gift for Minecraft fans and Nerf players! Includes 2 Official Nerf Elite foam darts that are tested and approved for performance and quality. Eyewear recommended (not included). No batteries required. Also look for Nerf MicroShots Minecraft Guardian and Ghast mob designs (each sold separately, subject to availability). Copyright 2022 Mojang AB. TM Microsoft Corporation. Hasbro and all related terms are trademarks of Hasbro.

•NERF MICROSHOTS MINECRAFT ENDER DRAGON BLASTER: The dart-firing Nerf Minecraft blaster takes its inspiration from the Minecraft dragon mob, capturing the look of the entity in the video game franchise
•MINI-SIZED BLASTER AND 2 NERF DARTS: The blaster includes 2 Official Nerf Elite foam darts and features a compact size that’s great for carrying into battle and for displaying in Nerf and Minecraft collections
•FIRES 1 DART AT A TIME: This single-shot dart blaster fires 1 dart at a time and is easy to use. Load 1 dart into the barrel, pull down the priming handle, and press the button


•Ages 8 and up
•TO AVOID EYE INJURY: WARNING: Do not aim at eyes or face. Use of eyewear recommended for players and people within range. Use only official Nerf darts. Other darts may not meet safety standards. Do not modify darts or blaster.
•WARNING: CHOKING HAZARD - Small parts may be generated. Not for children under 3 years.
•Includes: blaster and 2 darts.