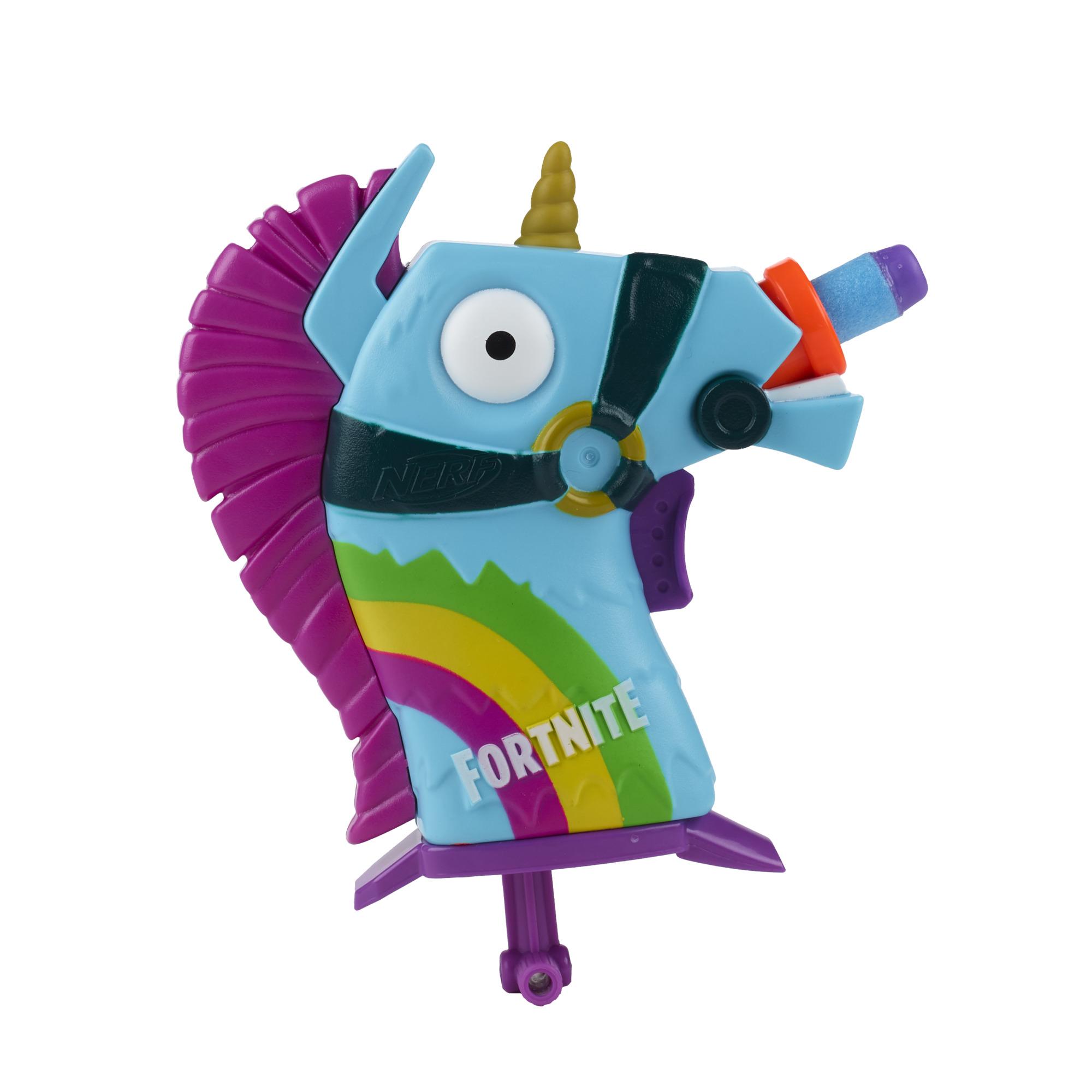 Blast into big fun with this micro-size version of a Fortnite pickaxe! It captures the look of the original Fortnite Rainbow Smash pickaxe -- in a miniature size that’s easy to carry and just right for indoor battles. The micro style of this blaster makes it a collectible addition to any Nerf and Fortnite collection. This single-shot Nerf MicroShots Fortnite blaster fires 1 dart at a time with hand-powered action (no batteries required). Get blasting fast: Load 1 dart into the front of the blaster, pull down the handle to prime, and press the trigger to fire. It’s a great gift for Fortnite fans and Nerf battlers and collectors. Includes 2 Official Nerf Elite darts that are tested and approved for performance and quality and constructed of foam with flexible tips. Eyewear recommended (not included).
Hasbro and all related terms are trademarks of Hasbro.
Copyright Epic Games.

FORTNITE DART-FIRING BLASTER: Nerf Fortnite Rainbow Smash mini blaster is inspired by the pickaxe used in the popular Fortnite video game and comes with 2 Official Nerf Elite darts
MICRO SIZE: This dart-firing blaster captures the look of the original pickaxe in a micro size that’s great for carrying and collecting
FIRES 1 DART AT A TIME: This single-shot blaster fires 1 dart at a time and is hand-powered (no batteries required)
• Includes blaster and 2 darts.
• Ages 8 and up
• TO AVOID EYE INJURY:
• WARNING: Do not aim at eyes or face. Use of eyewear recommended for players and people within range. Use only official Nerf darts. Other darts may not meet safety standards. Do not modify darts or blaster.
• WARNING: CHOKING HAZARD – Small parts may be generated. Not for children under 3 years.