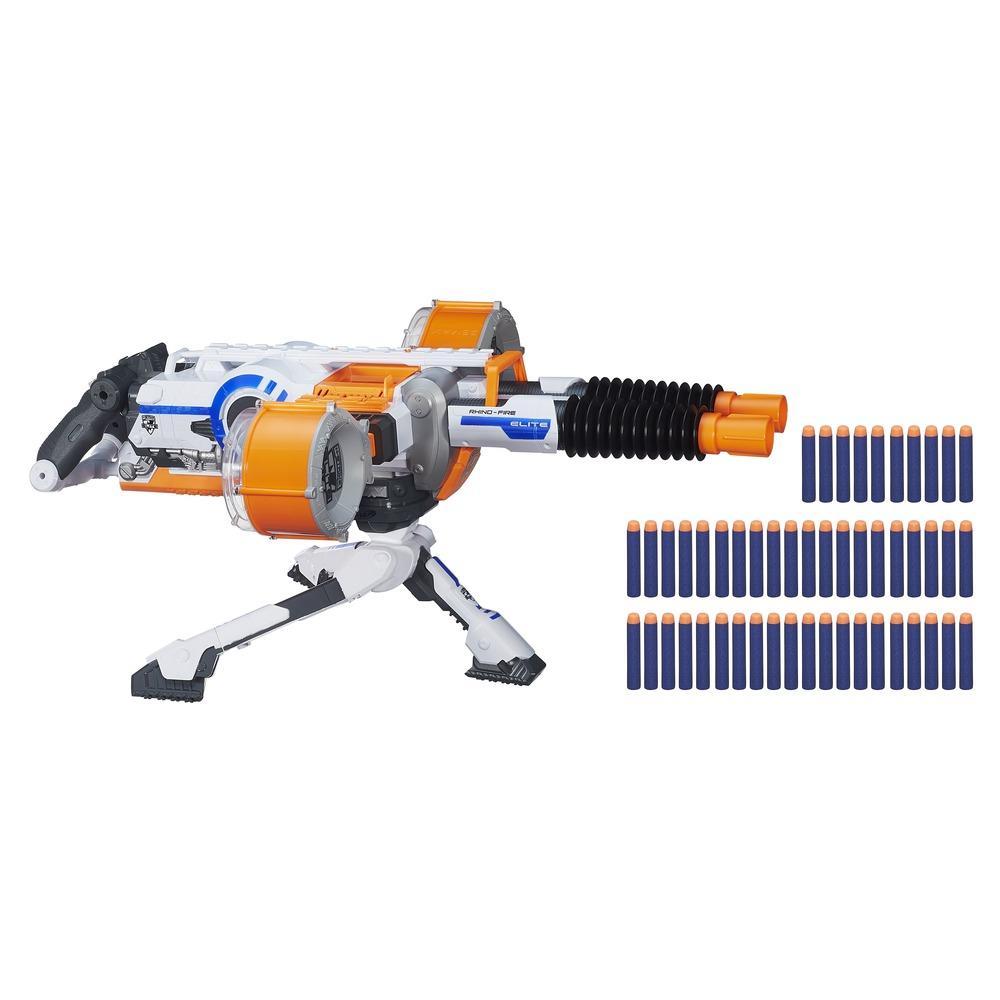 Dominate any battlefield with the double-barrel assault of the Rhino-Fire blaster! You can launch a blizzard of darts at targets up to 90 feet away from the blaster’s 2 barrels, and its motorized firing puts you in control of the rate of fire! The blaster’s 2 drums hold 25 darts each, and it comes with 50 Elite Darts. Remove the tripod when you’re on the move or attach it to steady your shots when you’re firing from a secure location. You’ll overwhelm the competition with the motorized, rapid-firing Rhino-Fire blaster!
Blaster comes with two 25-dart drums, 50 Elite darts, tripod and instructions.
Rhino-Fire blaster rapid-fires Elite darts from 2 alternating barrels with motorized blasting
Removable tripod helps you steady your shots
Jam clearing door and Tactical Rail that may work with accessories from other N-Strike blasters (sold separately)
Blaster’s 2 drums hold 25 Elite Darts each
Includes 50 Elite Darts
Ages 8 and up
Requires 6 "D" batteries (not included).