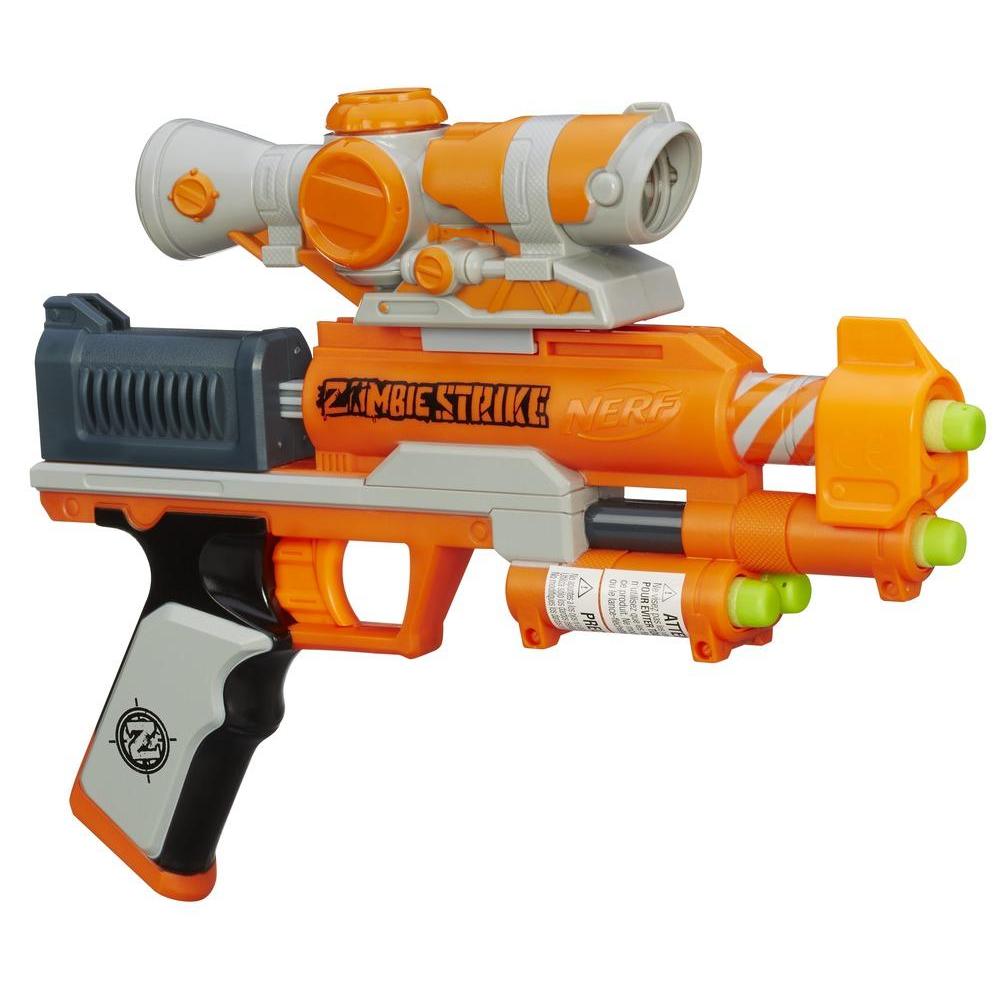 The zombie threat is growing bigger every day, and you need a one-handed blaster to take them out! The Clear Shot blaster holds 4 Zombie Strike Darts and has a long-range targeting scope so you can aim with precision to take the zombies out one by one. It holds 4 darts, so you can load it fast when you run out of ammo. Take aim and blast one-handed in the battle against the zombies with the Clear Shot blaster!
Nerf and all related characters are trademarks of Hasbro.
Includes blaster, scope, 4 darts and instructions.
• Awesome Clear Shot blaster
• One-handed blasting
• Blaster holds 4 darts
• Long-range targeting scope
• Ages 8 and up
• CAUTION: Do not aim at eyes or face.
• TO AVOID INJURY: Use only darts designed for this product. Do not modify darts or dart blaster.