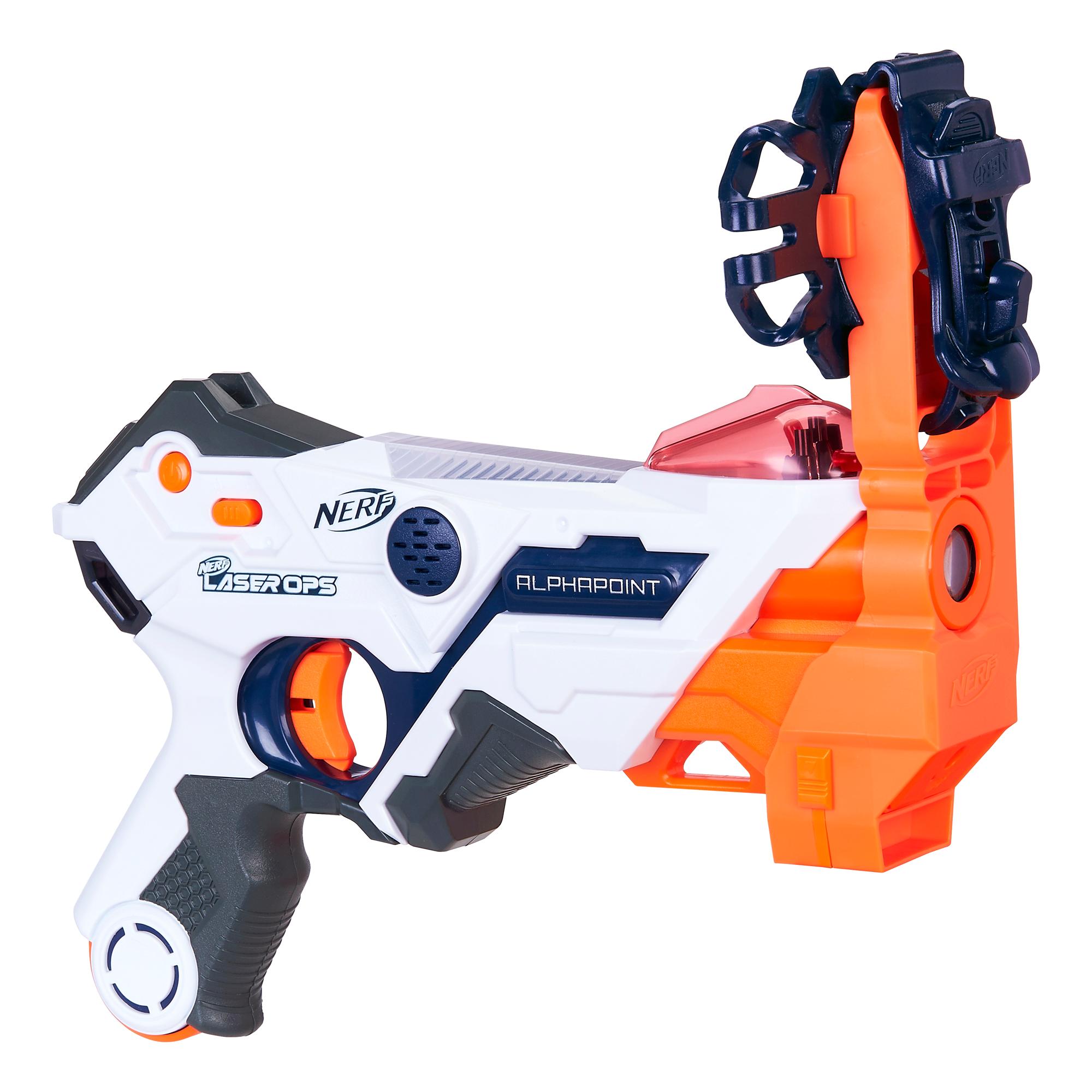 The Nerf Laser Ops Pro AlphaPoint blaster gives players everything they need to face off in head-to-head live-action laser battles right out of the box!* It fires a single-shot IR burst with each trigger pull and registers hits with lights and sounds, while lights display health status and ammo capacity. The blaster has unlimited ammo and a quick-reload button to replenish supply. Select to face off in a team or free-for-all. Adjust for the environment with the indoor-outdoor switch. Battlers can amp up their play via the free Nerf Laser Ops app by using the included armband† to wear a smartphone device (not included) on their arm. In the app, they can access real-time battle intel that allows them to customize the blaster, track their performance, earn power-ups, and locate opponents during battle. Attach the included solo attachment to the blaster for single-player battling with the app. Not compatible with Nerf Lazer Tag blasters.

• Ages 8 and up
• CAUTION: Clear the area of any obstructions before each use. Always know your surroundings during use. Not for use in complete darkness.
• WARNING: CHOKING HAZARD - Small parts may be generated. Not for children under 3 years.
• †Note: This product does not protect mobile devices.
• Device not included.
• App images shown are not final. Actual images may differ.
• LASER OPS™ app works with select iPhone®, iPad®, iPod touch® and Android devices. APP AVAILABLE THROUGH JUNE 30, 2020. Updates affect compatibility. Check Nerf.com for details. In-app purchases enhance game. Ask a parent first. Not available in all languages/countries.
• *Requires 4 AA alkaline batteries (not included).